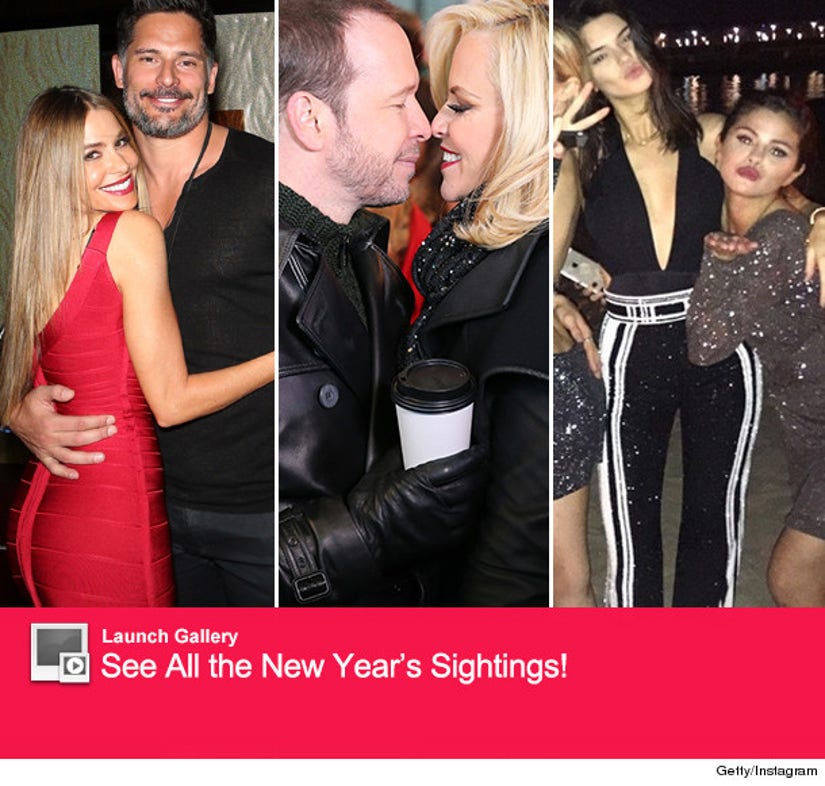 Celebrities rang in 2015 all around the world early Thursday morning, with bashes everywhere from Times Square to Dubai -- and we've got all the photographic proof!

Rebel Wilson kicked off the festivities, counting down New Year's Eve with her "Bridesmaids" costar Matt Lucas in Sydney, Australia. Judging by the shots she filmed herself taking on Instagram, it looks like she's starting this year off right!

From there, we went to Dubai, where Selena Gomez, Kendall Jenner, Shay Mitchell, Gigi Hadid and Cody Simpson all let loose this week -- and posted some photos at the stroke of midnight in the United Arab Emirates with Balmain creative director Olivier Rousteing.

Tara Reid showed off her bikini bod from somewhere tropical, while stars like Taylor Swift, Jenny McCarthy and Donnie Wahlberg all popped up in NYC.

Joe Manganiello and Sofia Vergara made their first post-engagement appearance at the Planet Hollywood Resort & Hotel in Las Vegas, where she were photographed alongside Arnold Schwarzenegger of all people.

That group saw Britney Spears' "Piece of Me" show, while Britney herself posted a cute video with boyfriend Charlie Ebersol after her performance.

But that's only the tip of the iceberg -- check out the gallery above to see all the midnight sightings!