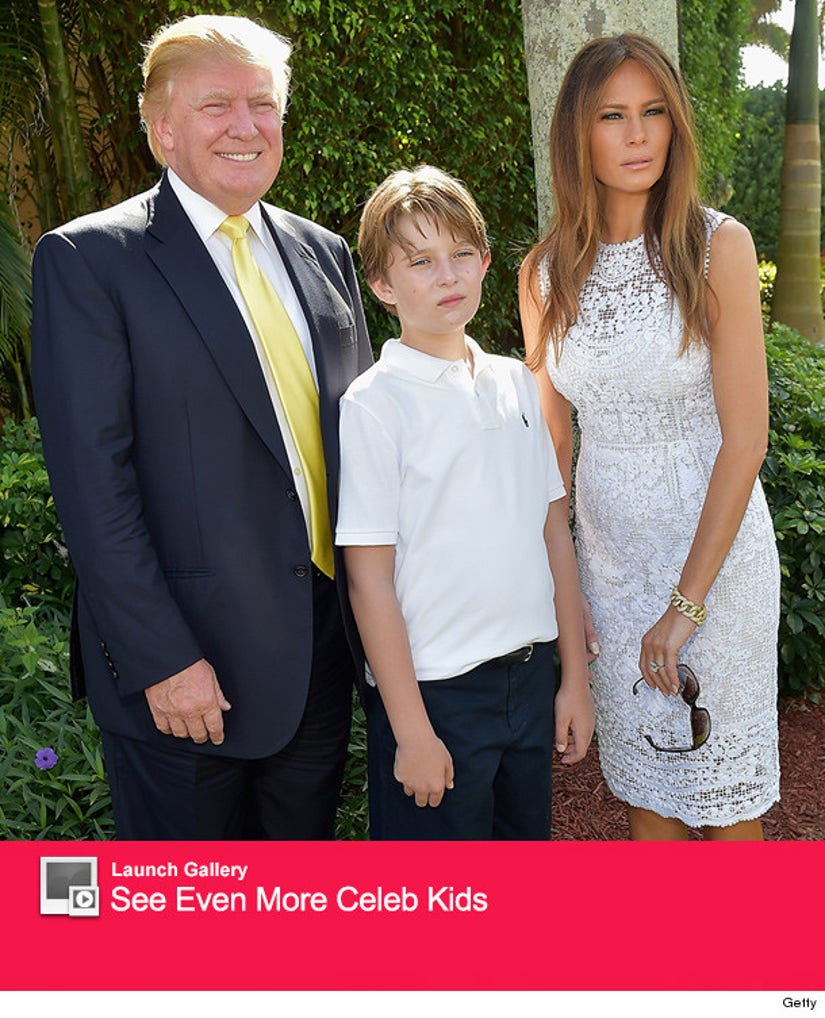 Barron Trump rarely steps out with his famous father and mom Melania Trump, except for an annual appearance at the Trump Invitational Grand Prix Mar-a-Lago -- which went down this weekend in Palm Beach, Florida.

The couple's son, who turns 9 in March, joined the two of them on the black carpet for the event on Sunday, where he looked preppy in a Polo shirt and navy blue shorts.

Melania stunned in a white lace dress, while it was business as usual for The Donald, who wore a suit and tie for occasion.

"He's not a sweatpants child,” Melania said of her only son with Trump back in 2013. "He doesn't mind putting on [a suit]—but not every day— and he likes to dress up in a tie sometimes like Daddy."

Barron is the youngest of Donald's five children. He's also father to Donald Jr., Ivanka, Eric and Tiffany, who made headlines last year for her stunning good looks.

Check out the gallery above to Tiffany and even more celeb kids!