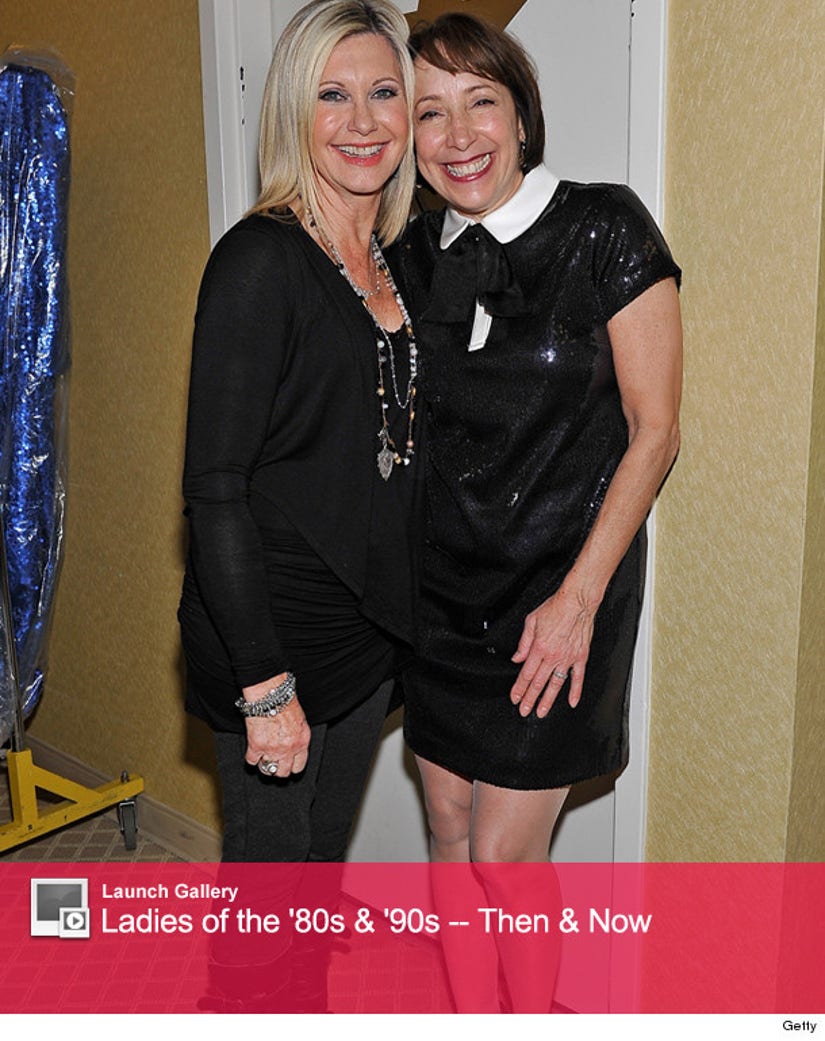 Olivia Newton-John and Didi Conn, who played Sandy and Frenchy in the 1978 cult musical hit film "Grease," reunited on Saturday at the Flamingo Hotel & Casino during the Aussie singer's concert.

Olivia paid homage to her famous character, slipping back into a black leather jacket with an all-black outfit and signature red lip.

Conn celebrated her own "Grease" character, rocking the trademark Pink Ladies jacket that both Frenchy and Sandy wore, along with their pals Rizzo (Stockard Channing), Jan (Jamie Donnelly), and Marty (Dinah Manoff).

The best part? The pair even sang the movie track, "Summer Nights," for the audience! 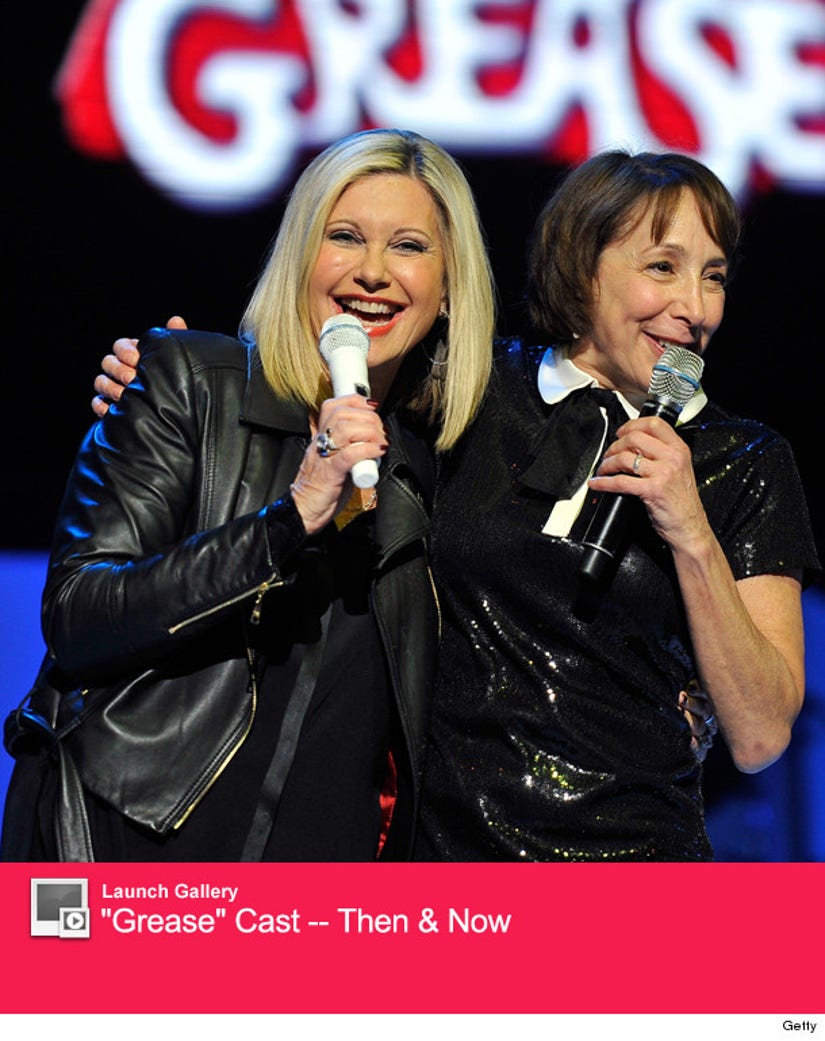 In the years since her turn as the pink-haired beauty school dropout, Conn appeared in "The Fonz and the Happy Days Gang," "Law & Order: Special Victims Unit" and reprised her role of Frenchy in 1982's "Grease 2."

Newton-John also recently reunited with her leading man, John Travolta. The former costars recorded a holiday album together, releasing "This Christmas" in 2012 and filming strange music videos to accompany the festive songs.

We would love to see the whole gang back together, wouldn't you?! Click "Launch Gallery" above to see what the rest of the "Grease" cast is doing now.