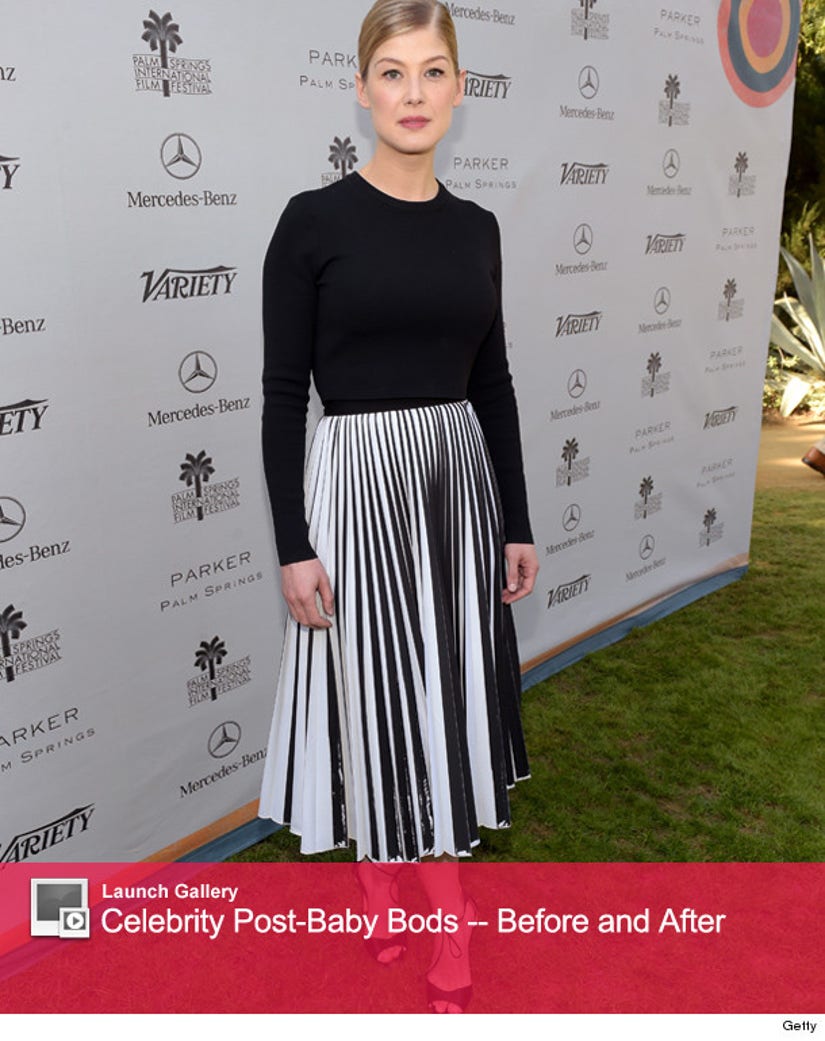 That baby weight is gone, girl.

Showing off her trim waist and long legs, the 35-year-old actress glowed in a knit top and a black and white pleated skirt by Proenza Schouler, which she paired with Brian Atwood sandals. She slicked her blonde bob into a sleek, low ponytail and sported minimal makeup.

Pike picked up the award for Breakthrough Performance for her role in David Finchers' "Gone Girl," where she portrayed Ben Affleck's missing wife Amy Dunne.

During her acceptance speech, she said she wanted to work with Fincher ever since she saw his film "Se7en" around the time she starred in the 007 flick "Die Another Day."

The new mother is slated to make a string of red carpet appearances over the next two months. She nabbed Best Actress nominations for both the Golden Globes and SAG Awards, where she's up against Felicity Jones, Jennifer Aniston, Julianne Moore and Reese Witherspoon.

Check back with toofab for complete award season coverage -- do you think she will take home the gold? Sound off below!