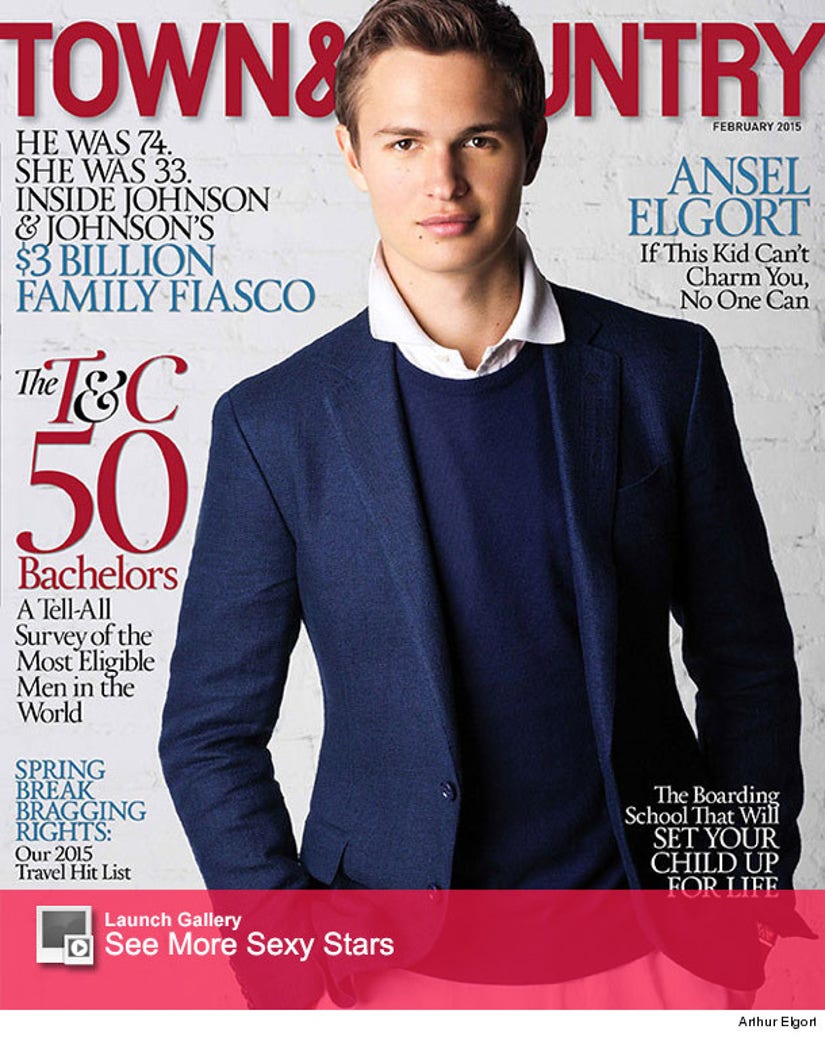 The sexy "Divergent" star covers the new issue of Town & Country's "Top 50 Bachelors," where he opens up about his start in Hollywood.

Photographed by his father, Arthur Elgort, the new issue examines the 20-year-old's rapid success in showbiz.

During his audition for "Carrie," Elgort tried to plant a kiss on Gabriella Wilde, who played his on-screen girlfriend in the horror flick.

"You don't typically kiss in an audition. I don't know why he did it. Either he really felt it and wanted to kiss her, or he felt entitled to, or he didn't know you don't normally do that," director Kimberly Peirce tells the mag, referencing her casting decision.

The "Carrie" director also says that Ansel reminded her a lot of Channing Tatum during their first encounter. "It's hard to find someone who is handsome who you genuinely feel is a good guy," she explains. "Those are the movie stars." 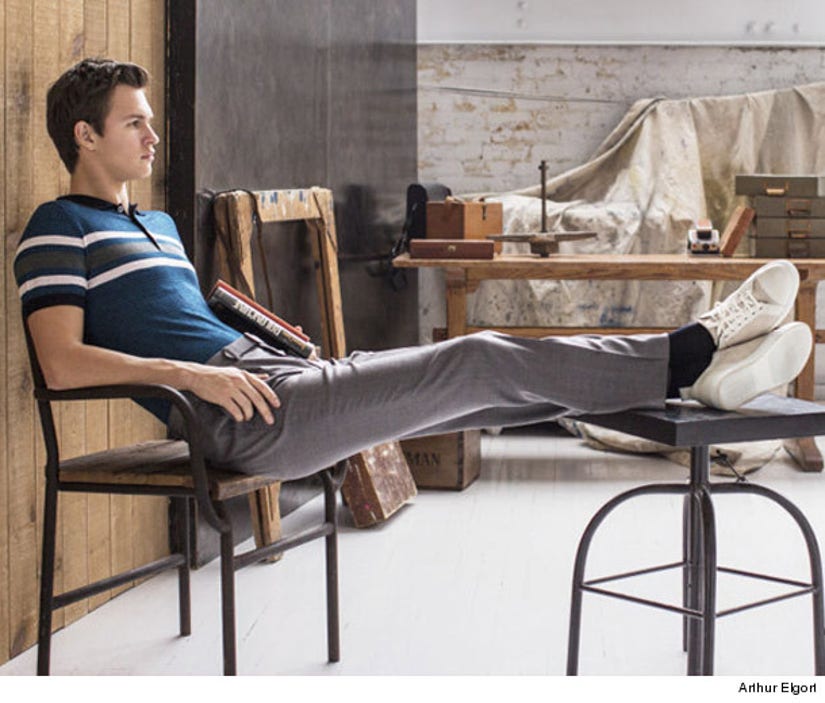 While "Carrie" didn't quite get the same box office love as some of his more popular movies like "The Fault in Our Stars" and "Divergent," it didn't matter to the budding star.

"When I got 'Carrie' I thought, 'Wow. I'm going to be the lead of, like, a studio film. Even if after this I go back to the sage and do more plays and stuff, I've done it. I made a f--king movie and I was the lead in it," Elgort reveals. "It's so funny now that the film is almost irrelevant."

And even though Ansel is one of Hollywood's hottest up-and-coming actors, he doesn't let the fame go to his head.

"Brooklyn is nice because it's a little more chilled out. Even if they do recognize me, they won't say anything," Elgort tells the mag. "I played basketball with these kids at a local court—this was before any of the movies came out—and now they're like, 'What the hell, man? You got all famous.' And I'm like, 'Yeah, shut up.' I don't want to be treated like that. I'm just trying to play basketball. I didn't want my life to change. Once everyone starts treating me like I'm a famous person, it gets bad."

We think the "Men, Women and Children" star has a great head on his shoulders -- what do you think about Ansel's candid comments? Sound off below and click "Launch Gallery" above to see more sexy stars!