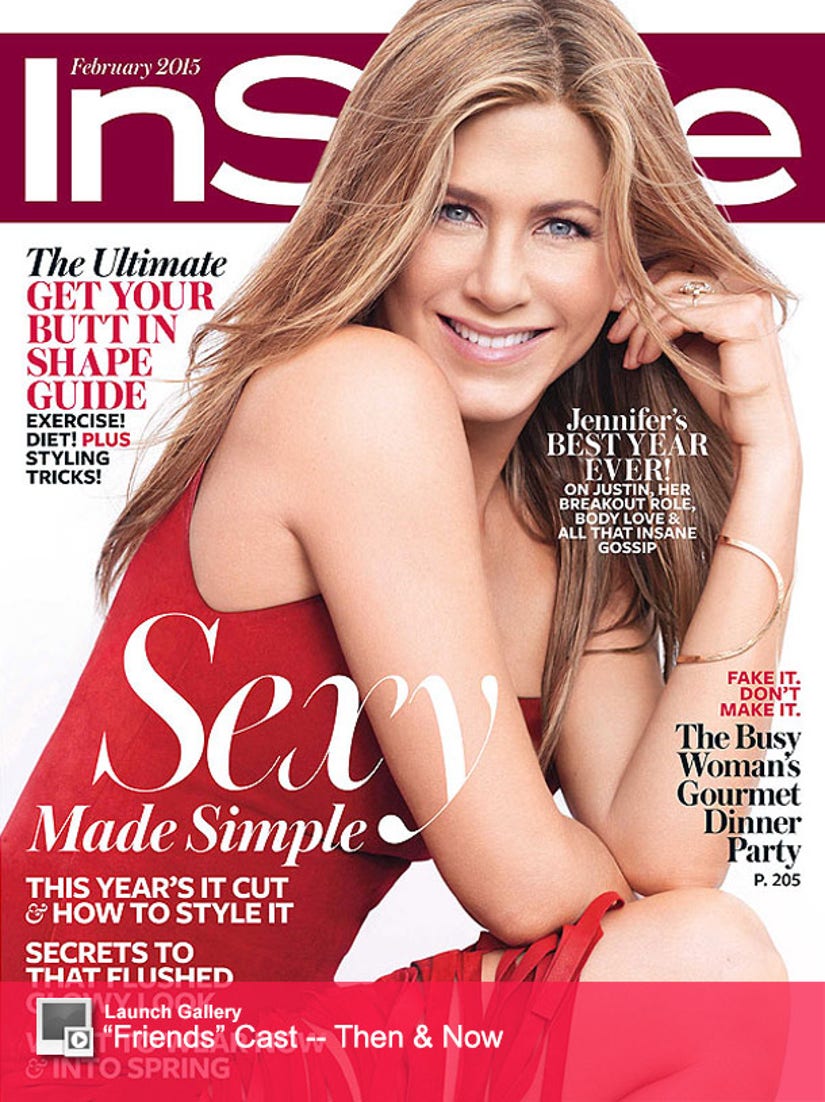 Jennifer Aniston is no stranger to a rumor or two, in fact she's poking fun at being tabloid fodder.

The 46-year-old covers the February issue of InStyle Magazine were she opens up about the moment she met fiancé Justin Theroux and why she just might say "screw it" to wedding planning.

Jen's been making headlines recently for her movie "Cake" and her Golden Globe nom, but she hasn't always gotten love from the tabloids.

"I realize they need to sell magazines, but it's really getting old," Aniston says of the gossipy headlines. "What kills me is when friends send me pictures they've taken at a newsstand. One magazine says, 'Desperate and alone,' and the other one says, 'She's eloped!' I mean, at least consult. Don't make yourself look like an idiot. I'm going to be 50 and they're still gonna be saying, 'She's pregnant!'"

So what would the actress say if she could write her own headlines?

"When I'm pregnant and married, I will let you know," she jokes.

Speaking of marriage, when exactly will she be tying the knot with Theroux?

"There's a big discussion in our house right now: Do you just do it and say screw it?" she asked. "Or do you try desperately to get away with [a secret ceremony] where you don't have any fun because you're hiding in a cave somewhere?"

The blonde beauty first met the writer/actor in 2008 at a dinner party. "I remember thinking, 'Isn't he hot?' But he was actually really quiet," she says of their introduction.

"I later came to find out that he was just exhausted because he had been writing nonstop, like a little hamster on a wheel. This was his one night off, and he had no personality, but he was very sweet and very overdressed."

She also opens up about plastic surgery ... or her lack thereof in the mag.

"People lose perspective. I look around and see how bad plastic surgery and injections can really kick you in the ass," says. "I just take care of my skin, eat well, exercise. And I love lasers and [other noninvasive treatments like] Thermage and Ultherapy. I also like a good microcurrent facial."

What do you think of Jen's candid comments? Sound off in the comments section below and read more from her interview when it hits newsstand January 9th.