Brandi Glanville seems like she's going through a tough time.

The "Real Housewives of Beverly Hills" star stopped by Tuesday's "Watch What Happens Live," where she was joined by "Flipping Out's" Jeff Lewis. But, things took a turn for the worst when Jeff made a joke about catching an STD from Glanville.

Check out the clip above to see Brandi's breakdown!

"I have something to say to Jeff about the whole getting an STD by me putting my hands through his hair," she told host Andy Cohen, with her wine in-hand.

"As long as we wet it," she said, while throwing the rest of her wine in Lewis' face, "I think we'll be fine."

Jeff was clearly shocked when Brandi threw the drink in his face, "Really? Wow," Jeff exclaimed.

"Now no STDs, you're good. Alcohol kills everything," Brandi quipped.

Clearly, the "Interior Therapy with Jeff Lewis" star struck a chord with the mother-of two ... who revealed in her first book that she was diagnosed with HPV while married to ex-husband Eddie Cibrian.

Brandi then broke down into tears, which caused Jeff to apologize for his comments.

This isn't the first time Glanville has thrown a drink -- on Tuesday's "Real Housewives of Beverly Hills," Brandi threw her drink in costar Eileen Davidson's face when the soap star refused to act out scenes of "Days of Our Lives" for her.

Brandi took to Twitter on Wednesday to address the controversial moment ... and said it was all a joke. "It was a PRANK ! We kissed and hit the town @JLJeffLewis Watch After Show ! @BravoWWHL @Andy #nicelips," she posted.

Still, we're not entirely convinced that the comment didn't upset her -- what do you think about Brandi's behavior? Tell toofab in the comment section below and check out the gallery to see more celebrity feuds! 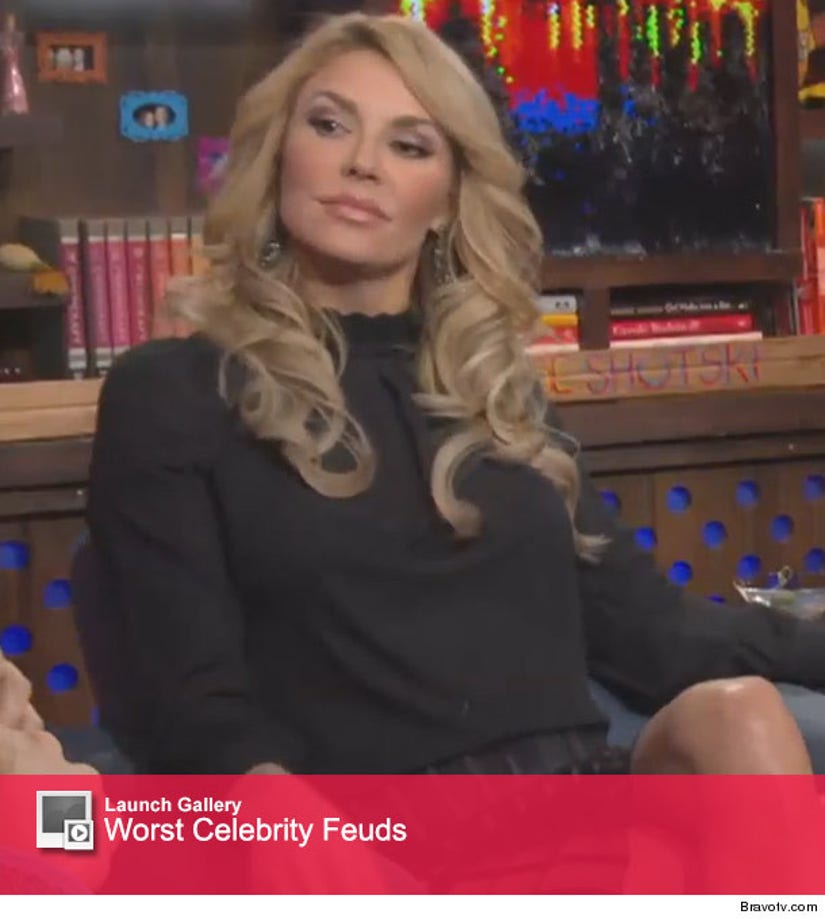