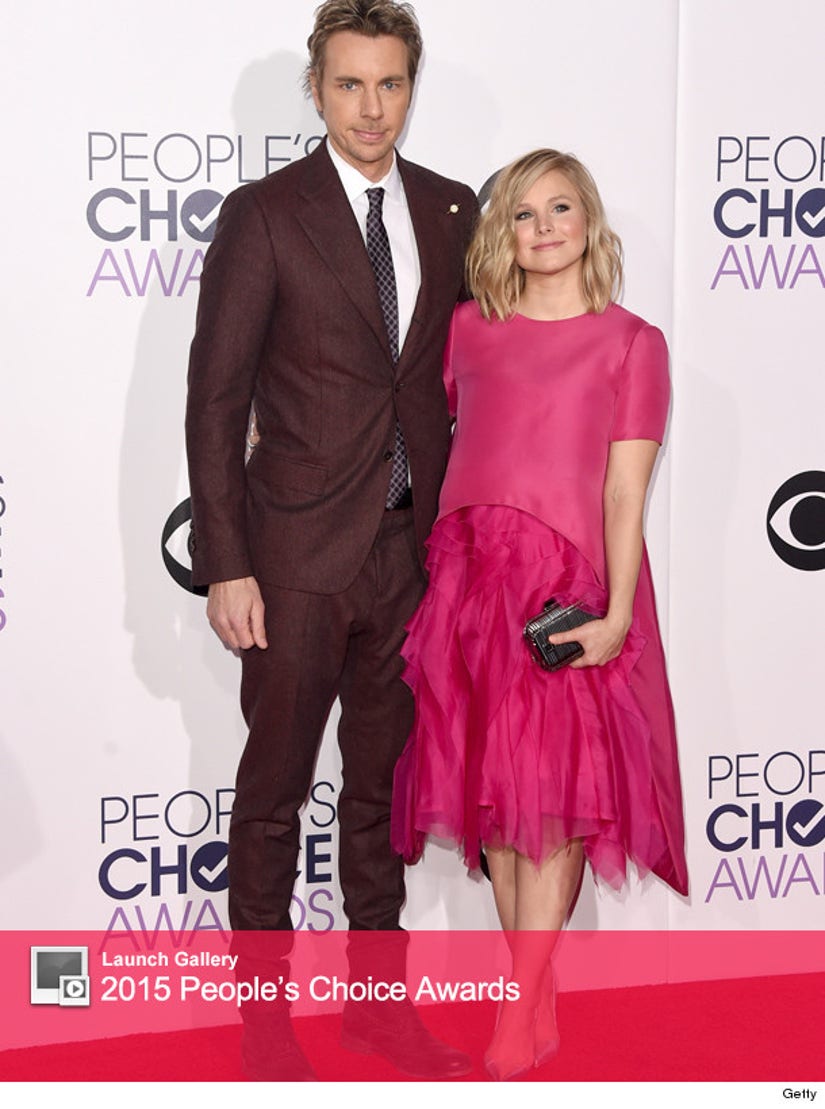 Less than a month after welcoming baby Delta, the "House of Lies" star hit the red carpet with husband Dax Shepard on Wednesday night at the 2015 People's Choice Awards.

Donning a hot pink knee-length Monique Lhuillier dress, the actress showed off her slim silhouette as she posed for pictures with her hubby.

"I believe it's our first [carpet since giving birth]," Bell revealed to E!'s Giuliana Rancic. "I'm in a sleepy, sleepy daze so I'm not positive where I am right now."

Since their newest arrival marks baby No. 2, things have to be a little easier, right?

"In theory it gets easier because you go through the rough time at once and then it's on auto-pilot," Shepard revealed. "That's what we've been told and we're counting on it."

The couple welcomed their baby girl on Dec. 19, joining big sister Lincoln, 20 months. "It's the same amount of work because it's another baby," Bell said of the new addition. "And you now what to expect."

As for why they chose the name Delta? "Dax keeps picking these awesome names," Bell said. "I so badly wanted to pick, but he threw Delta out there and we just knew it was right."

We love the unique name, don't you?!

Click "Launch Gallery" above to see all the stars on the red carpet at the 2015 People's Choice Awards!