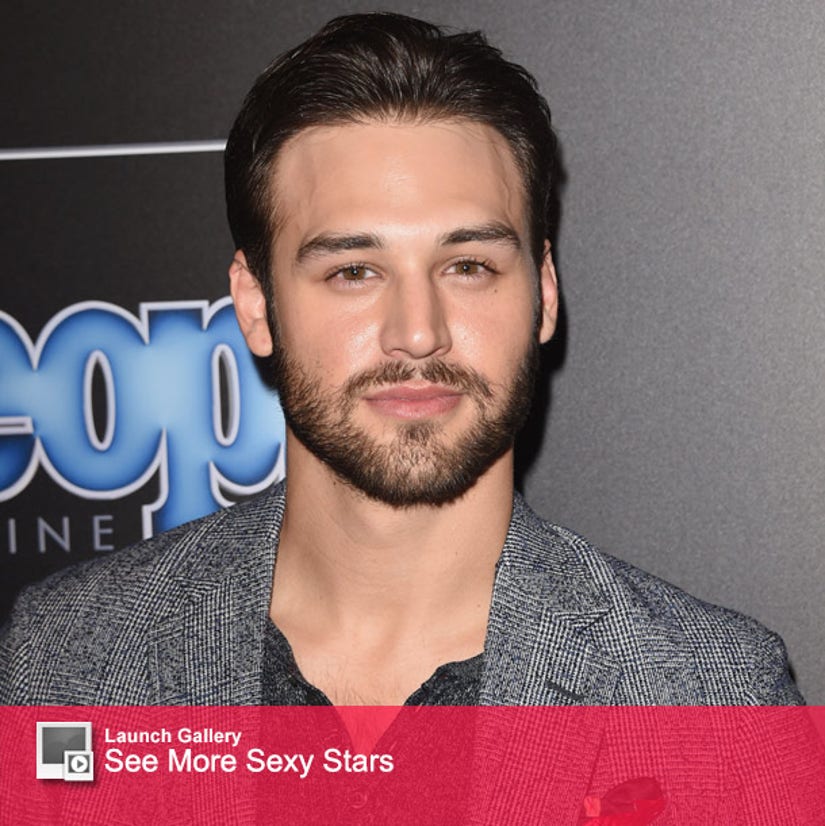 Filming a movie with Jennifer Lopez is already intimidating ... but shooting a sex scene with her? Yeah, that's a whole other story.

The actress' costar in the upcoming thriller "The Boy Next Door," Ryan Guzman, is opening up about what it's like to work with J.Lo and how he prepped for their characters' intense tryst.

"She's an amazing women. I had the greatest time joking around with her and getting to know her as a person," he said of the triple threat. "And realizing that the stigma around her, that she might be a diva, is not true. She's Jennifer, not J.Lo or anything, and I can respect that now. I have a total new respect for her."

And while Jenny from the Block is undeniably hot, shooting their intimate scene together was anything but.

"I finally had to go to her and say, 'I'm really nervous about this, this is the first time I'm getting naked in front of a bunch of people I don't really know and you,'" says Guzman. "I have to wear this little sock on my, you know, and it was pretty emasculating."

But Lopez knew exactly what to say to put Ryan at ease.

"She pulled me off to the side and told me, 'It's a part of the film industry and we're just telling a story. We have to tell it to the best of our ability,'" he explains. "It had to have so much intensity and so much passion that the audience felt it. We wanted to make it memorable and we did that."

You can see for yourself when "The Boy Next Door" hits theaters January 23.