Natalie Nunn's Instagram page got her into a butt load of trouble with her husband, Jacob Payne.

The two star in WE tv's new season of "Marriage Boot Camp: Reality Stars," after Natalie's racy selfies landed her in the dog house with her man.

"It was just so provocative, you're married now," Jacob tells toofab's Brian Particelli about his issues with his other half's page. "Before you could do all this stuff because you may be searching for love, want some attention, but you got all that now. What's the point in still, as much as she does it ... I'm fine here and there, if you want to show off, but every day?" 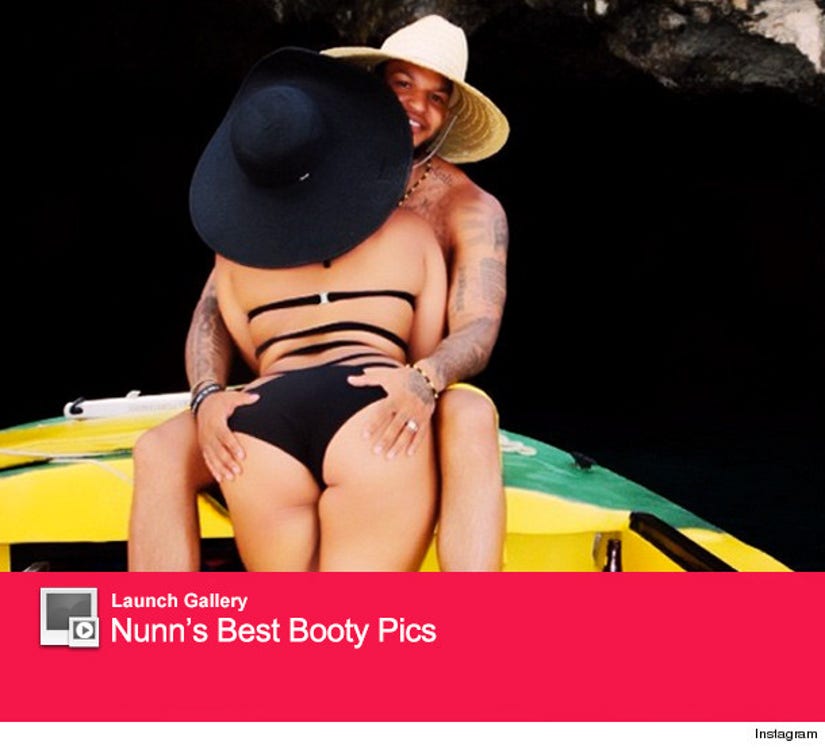 For Nunn, she says it's all part of keeping up the "Bad Girls Club" persona that made her famous.

"I'm trying to live a lifestyle that pertains to this 'Bad Girl' image and holding onto this whole 'Bad Girl' thing," Natalie explains. "But my husband's like, 'You need to cut that tie and let it go. We're married now.'"

And while the two -- who are expecting their first child together -- will have their fair share of arguments with each other during the reality show, they also went head-to-head against some of their costars.

With polarizing couples like Heidi Montag and Spencer Pratt and Avivia Drescher and her husband Reid in the house, there was definitely room for confrontation.

In the first moments of the premiere, Drescher is seen calling Nunn "bat s**t crazy" during a confessional ... and it sounds like the two never found common ground.

"There were so many times where Aviva was like 'Can we talk privately if there's an issue?' And I'd go 'No, we're going to address this right now in front of everybody.' She hated that," Natalie adds.

And, while the two are BFFs with Speidi now, it wasn't that way the whole time. Check out the video above to see what they said about the controversial "Hills" alums -- and check out "Marriage Boot Camp: Reality Stars" when the show premieres Friday, January 9 at 9/8 central.