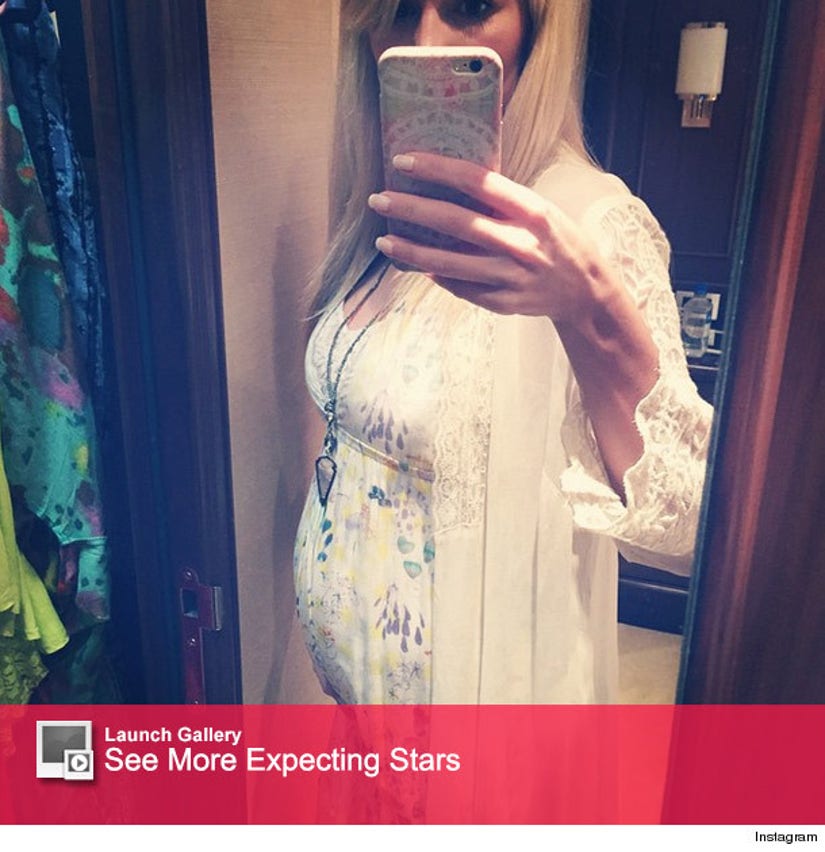 Emily Maynard has a baby on the way!

The "Bachelorette" alum is expecting her first child with hubby Tyler Johnson. The blonde beauty confirmed the news via Instagram on Friday.

Emily posted a photo of her growing baby bump, and revealed their their new family addition will be due this July. "too much pizza #july2015 @mtylerjohnson," she captioned the candid snap.

This will be the second child for the 28-year-old. Maynard has a 9-year-old daughter, Ricki, from her relationship with high school sweetheart Ricky Hendrick, who tragically died in a plane crash in 2004.

Emily stole the spotlight on "The Bachelor" with Brad Womack in 2011, and after accepting a proposal from Brad, the couple later called it quits. Emily later starred in her own spinoff of the ABC series.

During the West Virginia native's stint on "The Bachelorette" in 2012, she got engaged again to contestant Jef Holm ... but the pair ended their relationship shortly thereafter.

Just a few short years later, the reality star got engaged to Tyler in January of 2014, and he even gave for Emily and her daughter rings for the special occasion.

"He proposed to me at home and gave both Ricki and me rings," Maynard told Us. "It was so sweet."

The cute couple said "I Do" in front of Emily and Johnson's family and close friends at Tyler's South Carolina farm in June.

We can't wait to find out if Maynard is having a baby boy or another girl! Click "Launch Gallery" above to see more expecting stars!