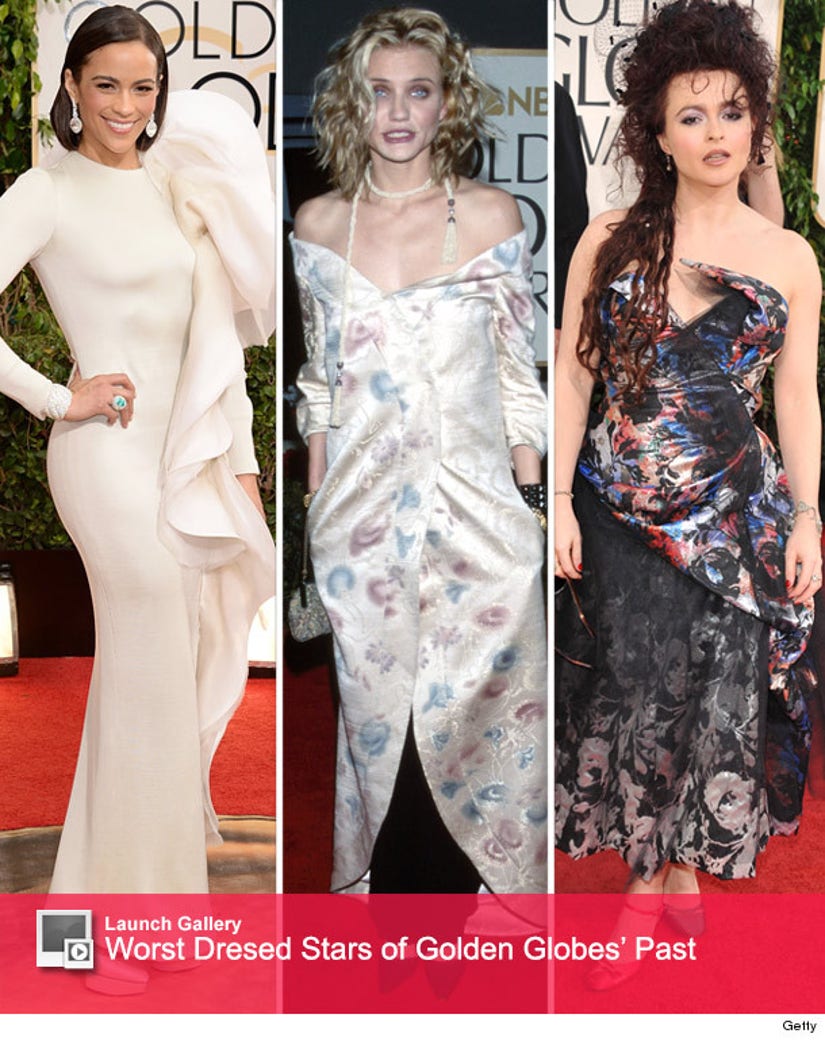 The 2015 Golden Globes go down tonight-- and we can't wait to see some of this year's red carpet disasters!

While most of the attendees show off some fabulous couture, there are always a few stars that miss the mark.

Paula Patton had a giant ruffle erupt from her shoulder in this white gown from 2014's ceremony. This would have been something gorgeous if she kept it simple ... but no, Patton just couldn't resist step away from the fabric.

Remember when kimonos were all the rage? Cameron Diaz sported this silk pastel piece over black pants in 1999, adding a mismatched touch with a white tassel necklace. Judging by the look on her face, it seems the newly-married star would like to block the memory of her messy look, too.

Another memorable fashion fail was Helena Bonham Carter at the Golden Globes in 2011.

Wearing different colored strappy heels with this over-the-top Vivienne Westwood gown (and that hair!) added to the overall sense that the actress may have temporarily lost her vision while choosing this outfit.

Which star do you think earned the title of "Worst Dressed" of Golden Globes' past? Tell us in the comment section below, and check back with toofab on Sunday for all the red carpet coverage of the 2015 Golden Globes!