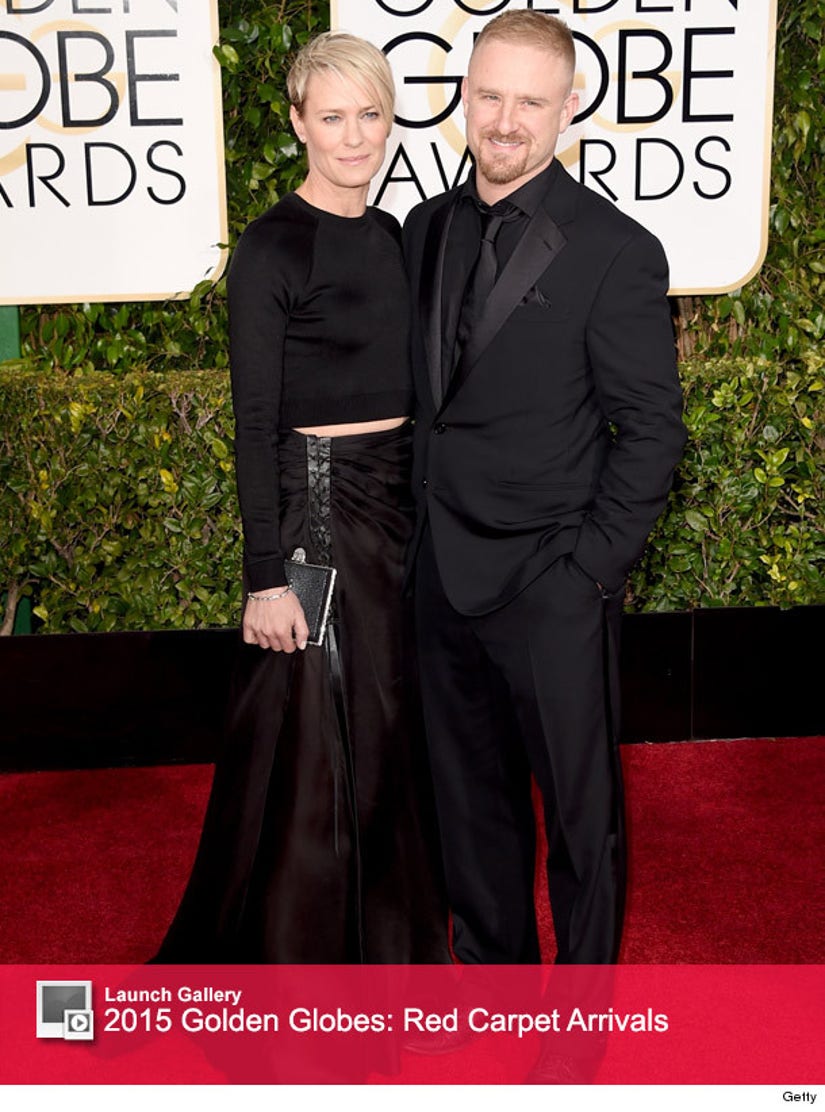 Are Robin Wright and Ben Foster back together? It sure looked that way on the 2015 Golden Globes red carpet!

The couple, who called off their engagement in November, showed up to the awards on Sunday night looking pretty cozy and very much a couple. Both were also spotted earlier that day holding hands while making there way through LAX Airport in Los Angeles.

And yes, the 48-year-old was wearing a very ﻿important piece of jewelry: Her engagement ring!

The two reportedly split after their age and busy schedules became an issue ... but it looks like they've worked out their issues.