Nick Jonas is rating his exes!

The "Jealous" singer stopped by Capital FM, where he was asked to play the British version of "Marry, F--k, Kill," aka "Lips, Wife, Leave" with Demi Lovato, Selena Gomez and Miley Cyrus.

The 22-year-old seemed pretty uncomfortable choosing from the three ladies, and even gave a brief disclaimer that he's in a very happy relationship. Jonas has been dating former Miss USA Olivia Culpo for the last year.

Check out the video above to see what he says!

"Demi, obviously wife, because we're like brother and sister and friends. I'd prefer to spend life with her, as opposed to the others," he confessed.

But the former Jonas Brother had a bit of a harder time when it came to choosing between Miley and Selena ... and even revealed that he's dated both pop stars at one point.

"I dated both of them at some point in time, which makes this a little more uncomfortable," he said. Jonas finally decided on "kissing" Gomez, but added, "although I've got love for Miley. She's great."

What do you think about the singer's candid confessions? Tell toofab in the comment section below and check out the gallery to see more stars who've surprisingly dated! 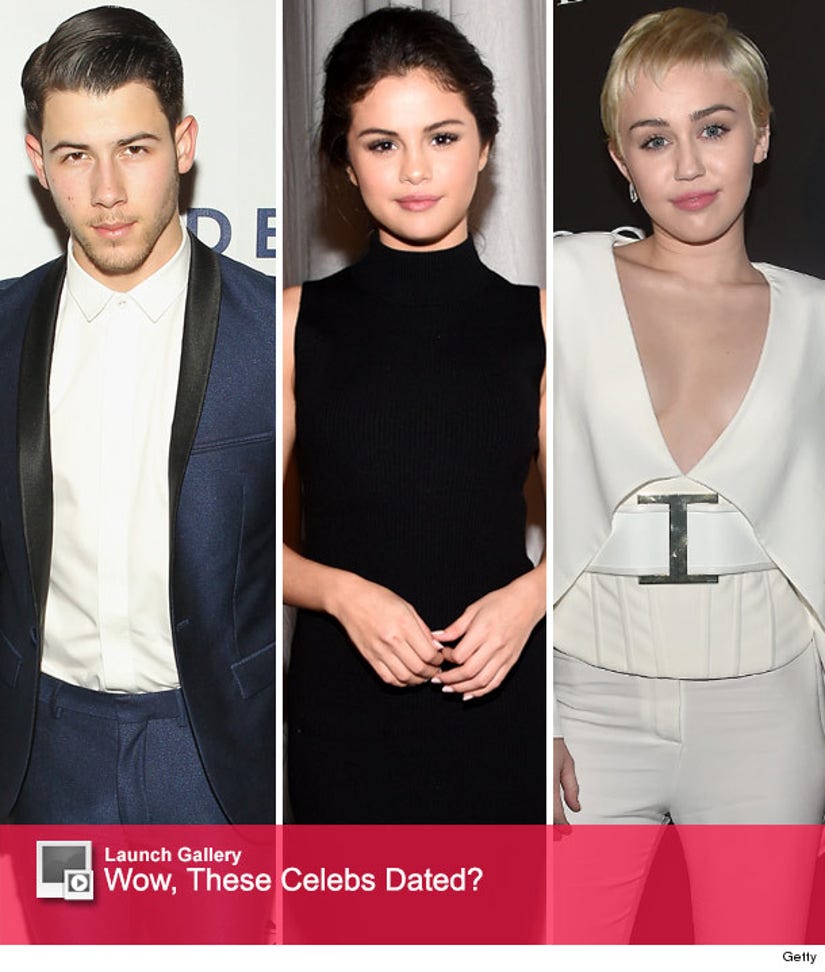