Does Selena Gomez have a new man in her life?

The "Heart Wants What It Wants" singer hit the hottest parties in Hollywood last night after the Golden Globes -- and she did it with a famous DJ on her arm.

Justin Bieber's ex attended parties for HBO, CAA and InStyle & Warner Bros. with Zedd by her side. The two not only posed for photos together inside each of the bashes, but they were also spotted holding hands while going from one to another with Selena's random new BFF Jennifer Aniston.

Watch All the Can't-Miss Moments from the Golden Globes

According to ET, she was seen giving her date "a kiss on the cheek."

Sounds pretty innocent to us, but they have been spending some time together lately.

Selena posted a few photos from the recording studio back in December -- and the "Break Free" star was pictured in one of the shots. Maybe they're collaborating on a song for her upcoming album?

Check out more photos of Selena and stars like Taylor Swift, Matthew McConaughey, Reese Witherspoon, Channing Tatum and many others gettin' down after the Globes in the gallery above! 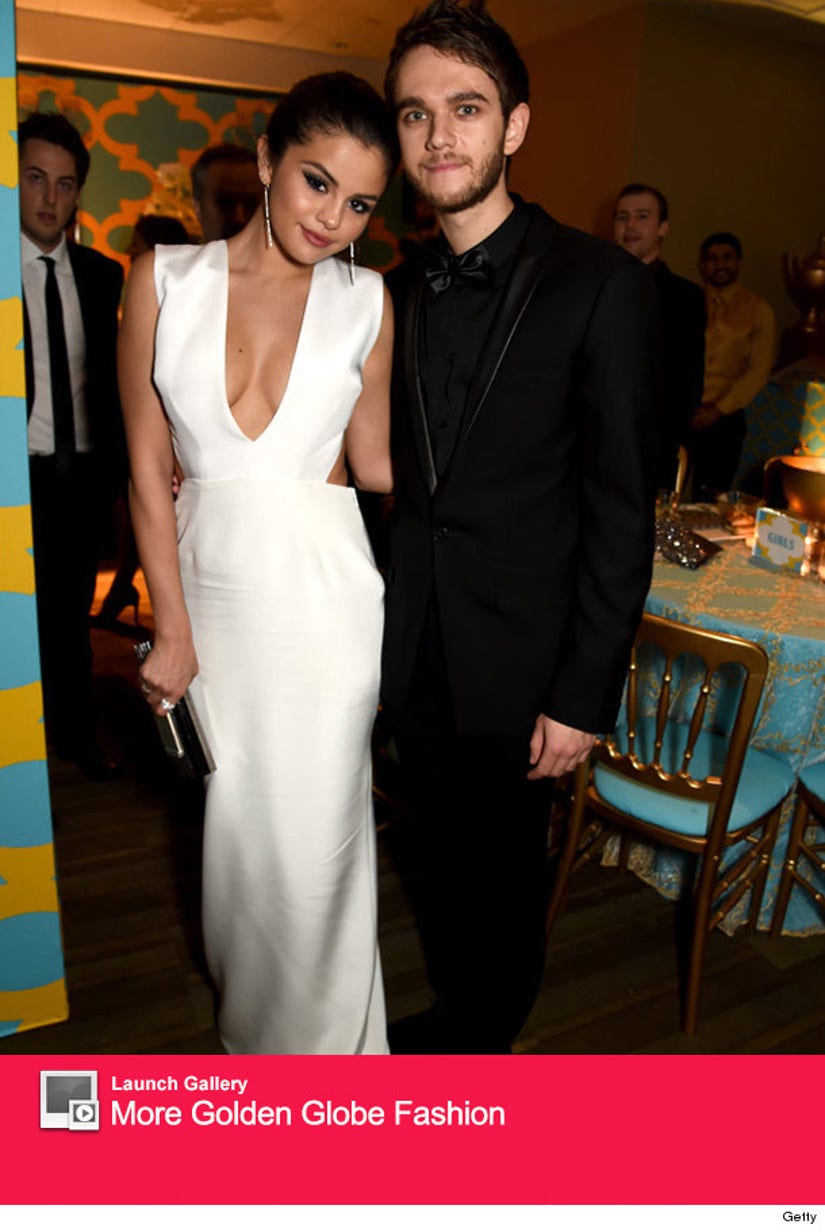 Check out more fashion from the night below: