On the next "Real Housewives of Beverly Hills," Brandi Glanville has a viewing party at her house to watch ex-husband Eddie Cibrian and new wife LeAnn Rimes' reality show.

We've gotta hand it to Glanville, her commentary is pretty hilarious ... especially when she refers to LeAnn as a "c**try music star." Check out the clip above!

Cibrian and Rimes' VH1 show, titled "LeAnn & Eddie," definitely seems like it's focused a ton on their family drama, especially their rocky relationship with Glanville.

Just check out the promo of "LeAnn & Eddie" below to see for yourself!

"I'm actually on their show. I'm a character on their show that's not on their show, because they say my name so many times," Glanville hilariously explains in the "RHOBH" clip. "The ex-wife, the b**ch, that doesn't get a check."

Eddie famously cheated on Brandi with LeAnn when they were working on a Lifetime movie, "Northern Lights," back in 2009. Cibrian later married the "How Do I Live" singer after his divorce from Glanville was final.

What do you think about the 42-year-old's reaction to Eddie's new show? Tell toofab in the comment section below and check out the gallery to see even more celebrity cheaters! 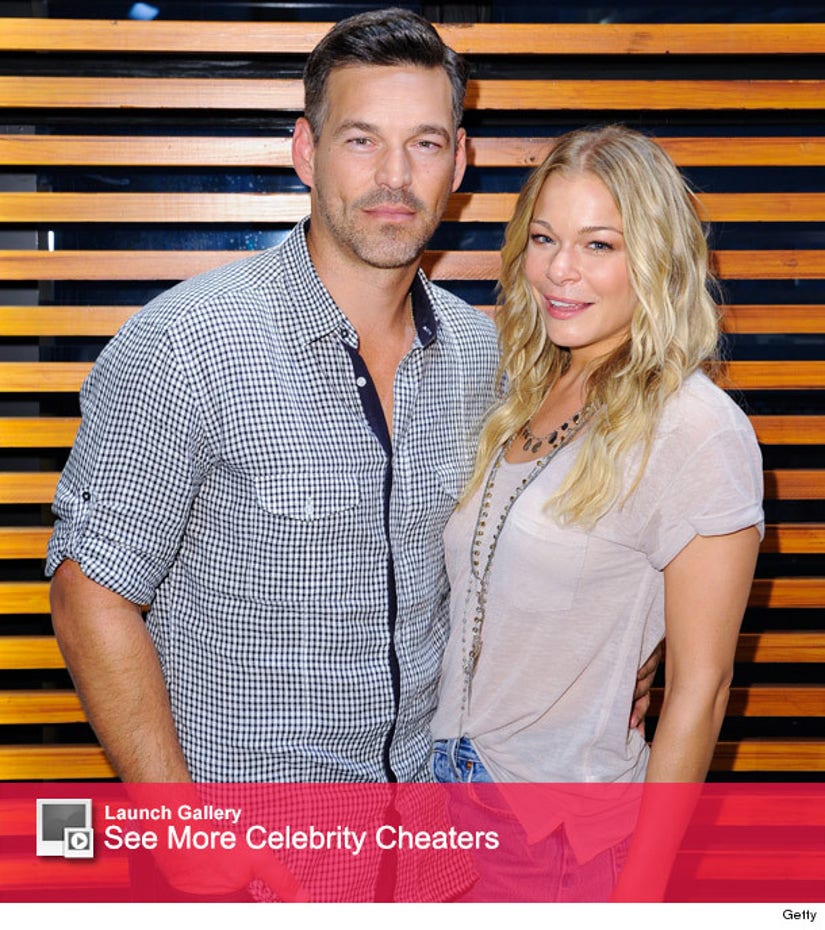