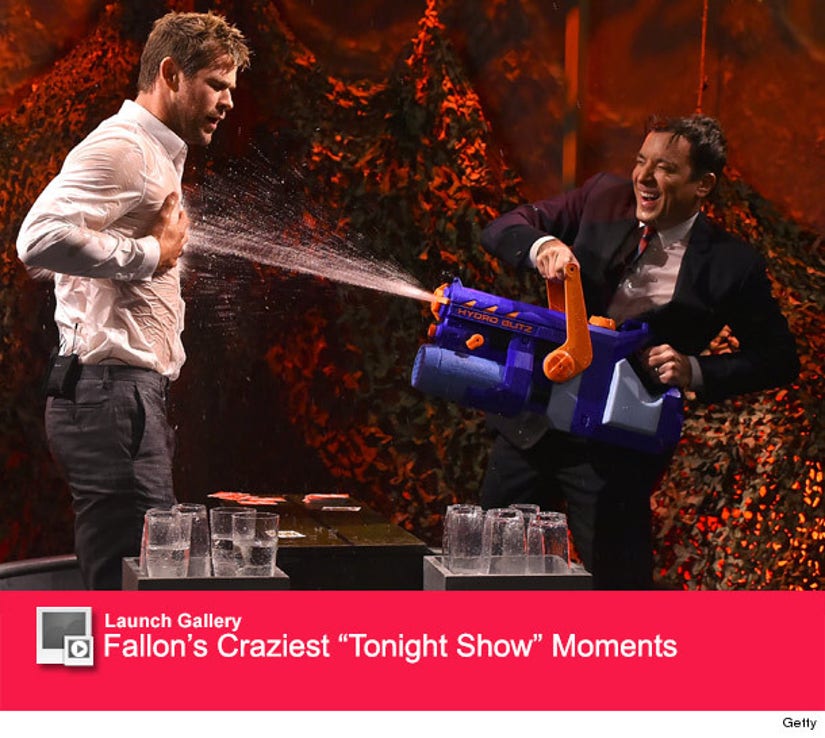 Jimmy Fallon invited Chris Hemsworth to play "Water War" on "The Tonight Show" Tuesday, a game that may as well be a wet T-shirt contest!

"We're going to have a little water war," the late night host explained. "We'll play the card game war, but if you lose the hand, you get a pint of water in the face. The first to throw five glasses of water on their opponent wins, and gets to water cannon the loser."

"We played once before," the actor replied, trying to psych him out. "I believe I won."

But despite an initially even outcome, Hemsworth soon found himself on a very wet losing streak.

After getting beat by Fallon a fourth time, the hunky star accepted the comedian's invitation to swap the decks. The result? Chris lost the next round too!

Check out the clip above to see these two in action ... you don't want to miss Hemsworth's stripper moves (and amazing muscles!) as he's soaked by the water cannon.