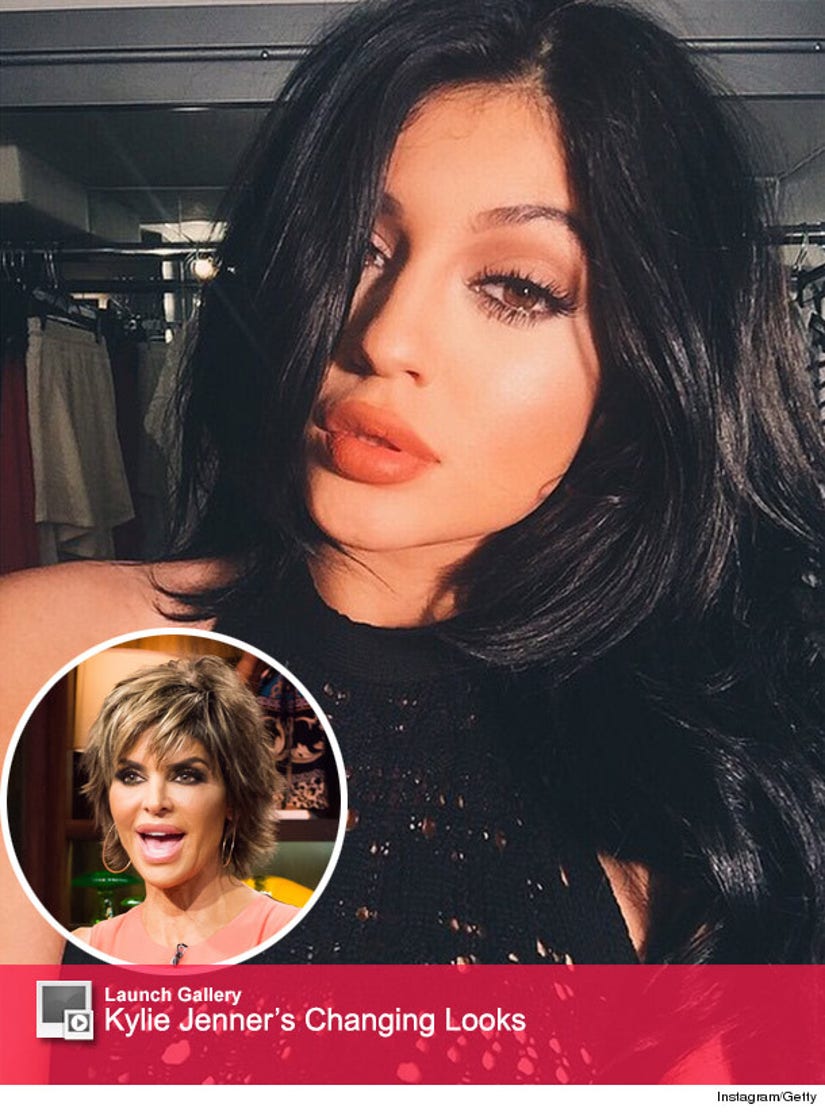 Lisa Rinna is known for her plump pout, and now, she's weighing in on Kylie Jenner's ever-changing lips.

On Tuesday's episode of "Watch What Happens Live," the "Real Housewives of Beverly Hills" star admitted that she thinks Kylie has had work done -- not that there's anything wrong with that!

The actress immediately shook her head up and down, adding, "I mean, that's my feeling. I could be absolutely wrong, but I think so."

Check out the clip to hear more of Lisa's lip service!

While many have speculated that the "Keeping Up With the Kardashians" starlet has plumped up her lips, she defended her evolving face in the February issue of Cosmopolitan.

"You guys have watched me grow up since I was 9. My face is going to get different," she told the mag. "Now, I know how to do my makeup, contour and everything."

The 17-year-old beauty also said she's sticking to just makeup for the time being. "I'm not against surgery. I'd never say no, but I don't desire it right now," she explained.

Lisa says yes, Kylie says no -- who do you believe?! Sound off below.