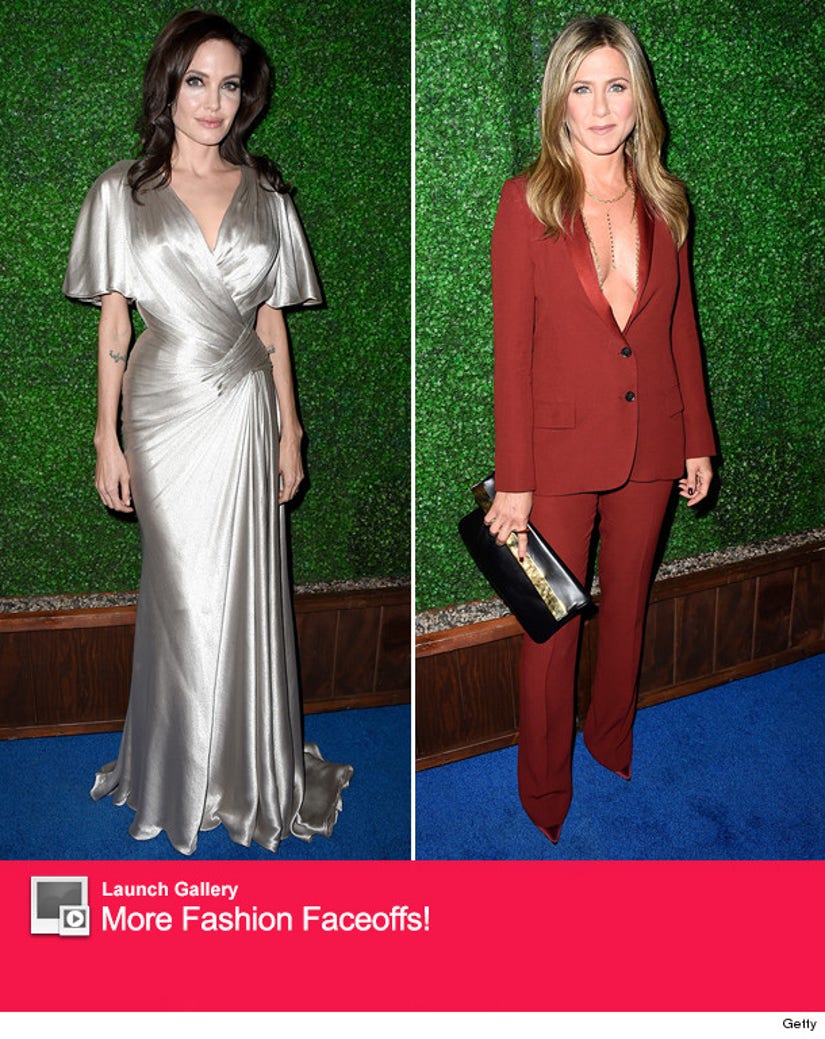 It was bound to happen sooner or later!

Angelina Jolie and Jen Aniston attended the same red carpet event for the first time since the Oscars back in 2009 ... and while they probably couldn't care less, it's all anyone online is talking about right now.

The two were both spotted at the Critics' Choice Awards on Thursday evening in Los Angeles, apparently missing each other by "just minutes" as they posed for photographers. They were reportedly seated on opposite sides of the ballroom once inside.

Aniston strut her stuff first, arriving in a decidedly sexier ensemble than we're used to seeing her in. The "Cake" star traded in her famous black dresses for a red suit with nothing on underneath, showing some crazy cleavage accented by a gold necklace.

Jolie hit the carpet once Jen was done, showing up in a silver satin gown that just screamed "Classic Hollywood."

Both women were up for awards at the event, Aniston for acting in "Cake" and Jolie for directing "Unbroken." And while Pitt was noticeably absent, Jen's fiance Justin Theroux was by her side all night long ... and looked real good doin' it! 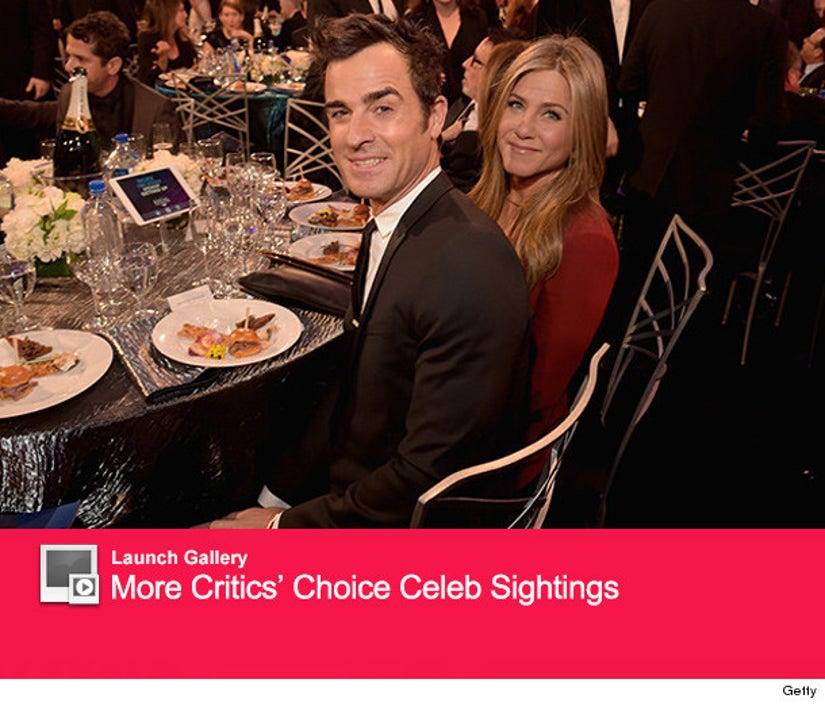 Aniston recently opened up about her split from Pitt in an interview with "Today," saying ""I don't find it painful. I think it's a narrative that follows you because it's an interesting headline. It's more of a media-driven topic."

When asked whether she still keeps in touch with Pitt, her reply is: "We've exchanged good wishes and all that sort of stuff to each other, but it's not a constant thing."

We're glad they've all risen above it ... but, we still gotta ask: Whose style do you like better tonight?