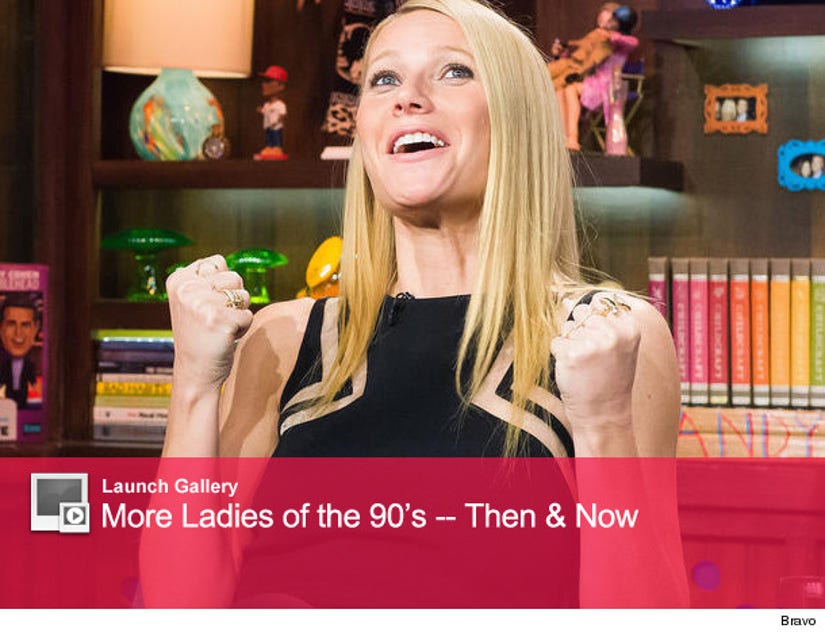 Gwyneth Paltrow is coming clean about her hard partying past!

On Thursday's episode of "Watch What Happens Live," the 42-year-old actress agreed to play "Plead the Fifth" and she didn't hold back.

Andy Cohen asked her to which of her exes' wives she wouldn't mind being stuck in an elevator with -- Ben Affleck's wife Jennifer Garner or Brad Pitt's leading lady Angelina Jolie.

Paltrow picked Jolie, but only because she'd love to know more about her ... Gwyneth's revealed she's close with Garner already.

Next, the talk show host asked, "What is the hardest drug you've ever taken?" "Ecstasy," Paltrow gamely answered.

Check out the clip above to find out which question she refused to answer about a certain "frenemy."

Later in the show, the blonde beauty also played a game called "I'm So Goopy," where she Gwyneth revealed if she ever indulges in the following "low-brow indulgences."

Fast food? Sweat pants? Watch the clip to find out!