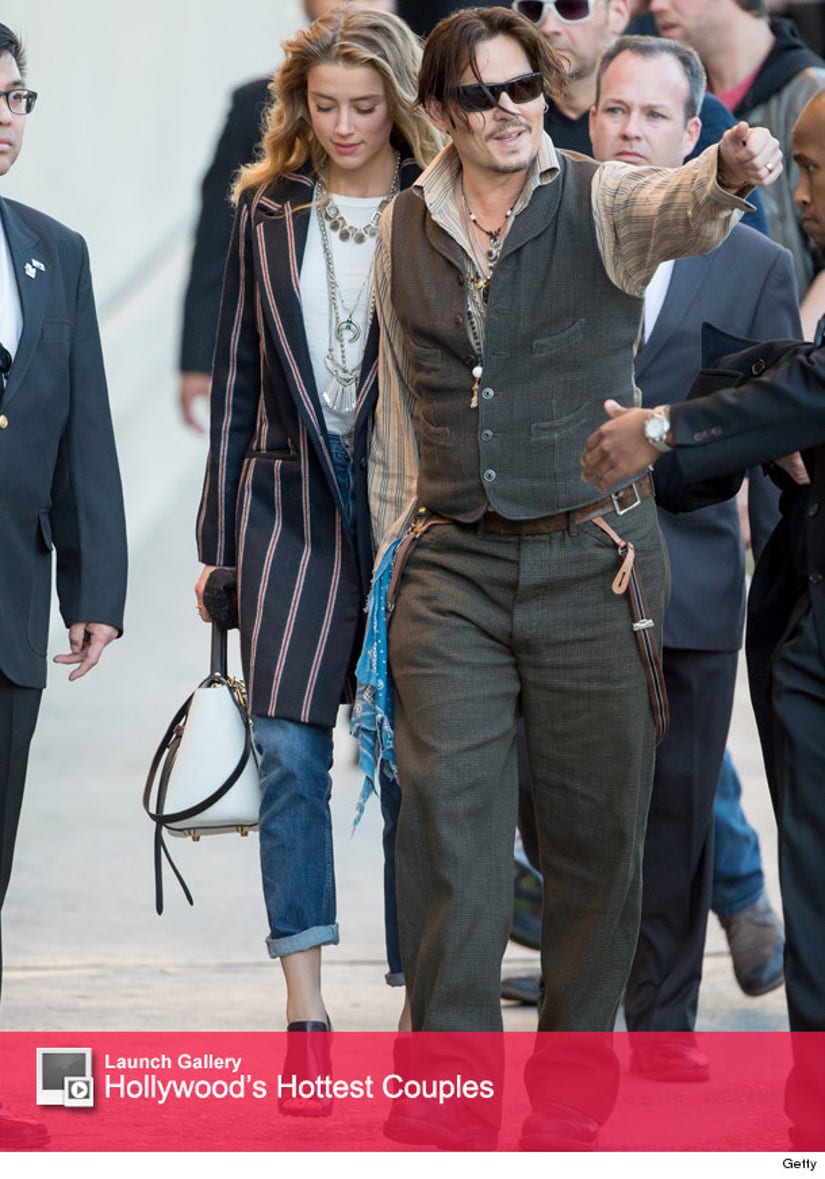 It doesn't look like Johnny Depp and Amber Heard are going through a breakup!

The actor stopped by Thursday's "Jimmy Kimmel Live" to promote his new flick, "Mortdecai," where he was joined by fiancee Amber Heard before the interview at the El Capitan Theater in Hollywood.

The two made their way through tons of screaming fans arm-in-arm before heading into the show ... and both stars looked to be in good spirits.

The cute couple got engaged last January, but reports surfaced in December that they had put their wedding plans on hold to work out some issues.

The 28-year-year-old met the "Pirates of the Caribbean" star on the set of their 2011 film, "The Rum Diary" -- shortly after, Depp and longtime love Vanessa Paradis split in June 2012 after 14 years together and two children.

But judging from these pics, it looks like Heard and the 51-year-old are still very much together ... despite all the end-gagement rumors.

While promoting his new movie, where he stars alongside Gwyneth Paltrow, Depp told Kimmel that he used to "test" his characters by playing barbies with his now 15-year-old daughter, Lily-Rose.

Check out the video above to see why she asked her dad to stop playing barbies with her!

It sounds like Johnny is a great father -- what do you think about Depp and Heard's relationship? Tell toofab in the comment section below and check out the gallery to see more hot couples!