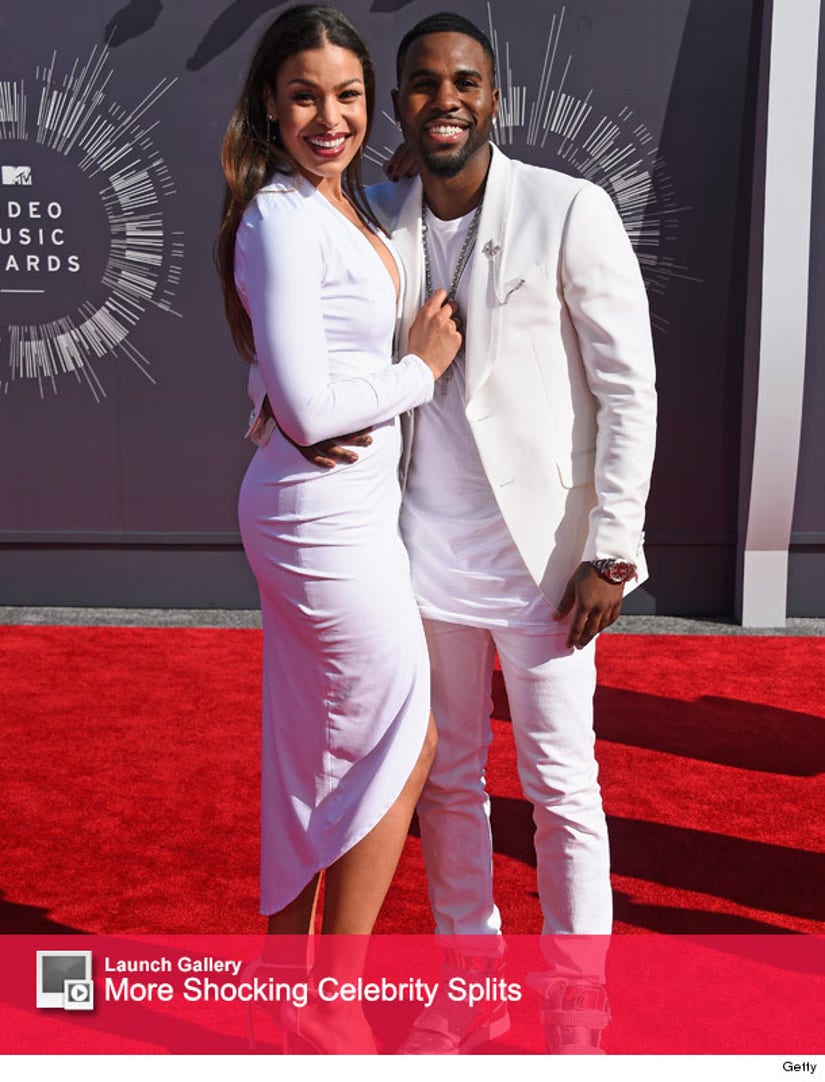 Jordin Sparks sure knows how to get over a breakup.

The singer stopped by Power 105.1's The Breakfast Club on Thursday and revealed how she is getting over ex-boyfriend Jason Derulo.

The "Wiggle" crooner and the "American Idol" alum pulled the plug on their three-year relationship almost five months ago. Jordin admitted the two haven't been in contact since, despite their history.

"I haven't spoken to him since everything went down," she told the hosts. “[After we last talked] he helped me with my bag to the car, he kissed me, he told me he loved me...then didn't call! I'm like, 'We need to talk about this and move past it.' He wasn't responding and I was like, 'Okay,' so then, I just stopped and I was like, 'You need to come get your s--t.' So he got all of his stuff out of my house."

The 25-year-old admits she can "laugh about it now".

The "No Air" singer recently celebrated her birthday by purchasing a new car and ditching the BMW that her former flame got her.

"If he wanted it, he could have it. I dropped it off at the BMW dealership and said, 'You can deal with it,'" adding that keeping the car felt like taking "dirty money."

But the songstress says she got quite the surprise when she returned what she thought was a purchased vehicle, but instead found out it had been leased!

Yikes! This breakup just got nasty!

What do you think of this battle of the exes? Tell toofab in the comments section below then click "Launch Gallery" to see more shocking celebrity splits!