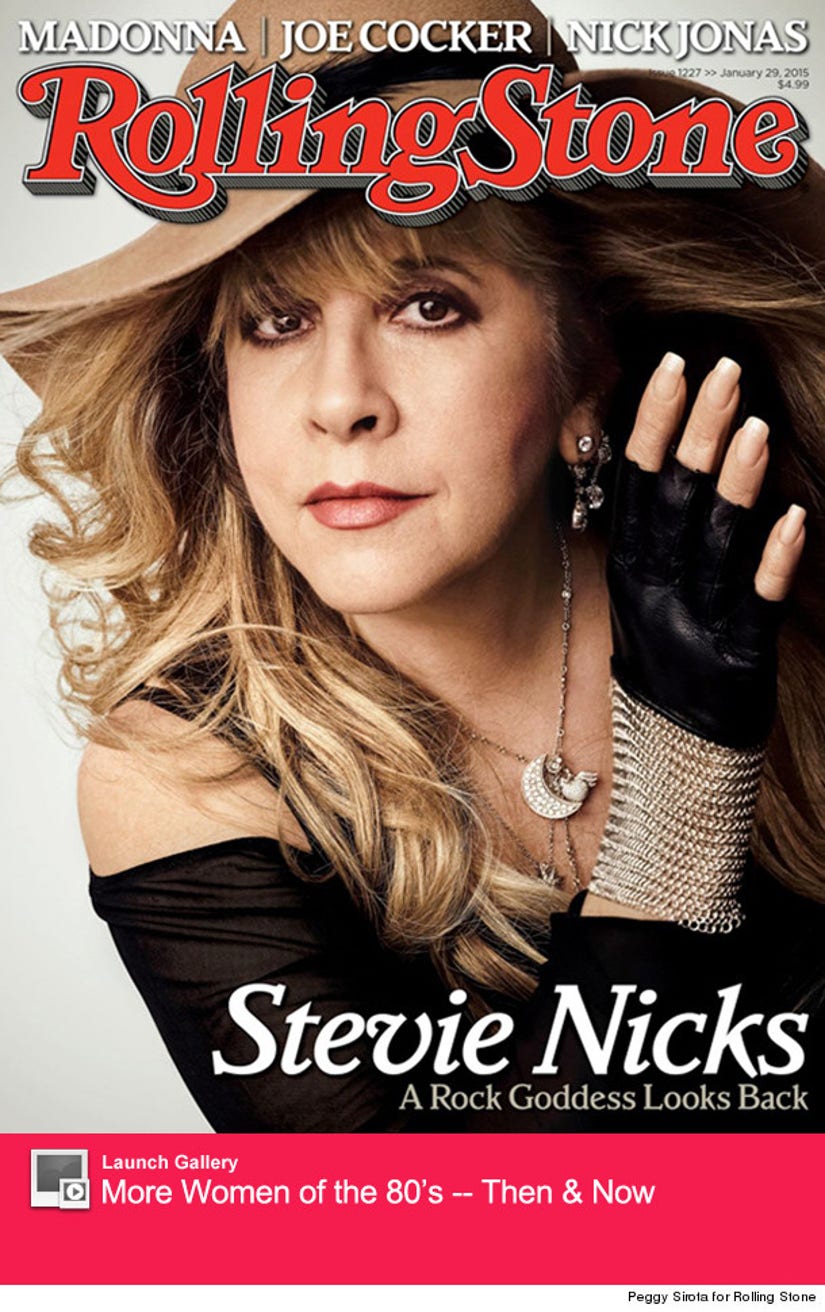 Stevie Nicks is coming clean about her "dangerous" drug use.

Before the legendary singer checked herself into rehab in 1986, she had snorted so much cocaine it tore a hole through her nose.

"All of us were drug addicts," the 66-year-old rock icon admits in a new interview with Rolling Stone. "But there was a point where I was the worst drug addict ... I was a girl, I was fragile, and I was doing a lot of coke. And I had that hole in my nose. So it was dangerous."

Back in those days, Nicks' friend Tom Petty frequently urged her to get help for her addiction. "I was very worried about her. To the point that if the phone did ring and they said, 'Stevie died,' I wouldn't have been surprised,' Petty tells the mag.

The Fleetwood Mac vocalist never considered herself an alcoholic, and she still smokes weed to get get the creative juices going.

"When I'm writing, I will allow myself to smoke a little bit of pot," she says. "It's my one little thing that I can do. I use it as a tool, and I'm very careful, you know? And I get results. However, if I thought it was going to lead me back to something worse, I'd stop."

Stevie also opens up about her personal life, revealing that there's still a lot of tension between her and ex Lindsey Buckingham.

"Relations with Lindsey are exactly as they have been since we broke up," she says. "He and I will always be antagonizing to each other, and we will always do things that will irritate each other, and we really know how to push each other's buttons. We know exactly what to say when we really want to throw a dagger in. And I think that that's not different now than it was when we were 20. And I don't think it will be different when we're 80."

"What if I fall in love with somebody and they die?" she asks of men her age. "They wanna go out with somebody that's 25. That has been going on since the Bible, and I haven't even read the Bible, but I know that. So what am I gonna do, compete with that? I'm not a competitor. So I don't even wanna be in that situation."

"I've narrowed it down to nobody," she says with a laugh.

To read her full interview, check out the latest issue of Rolling Stone, on stands and in the iTunes App Store now.