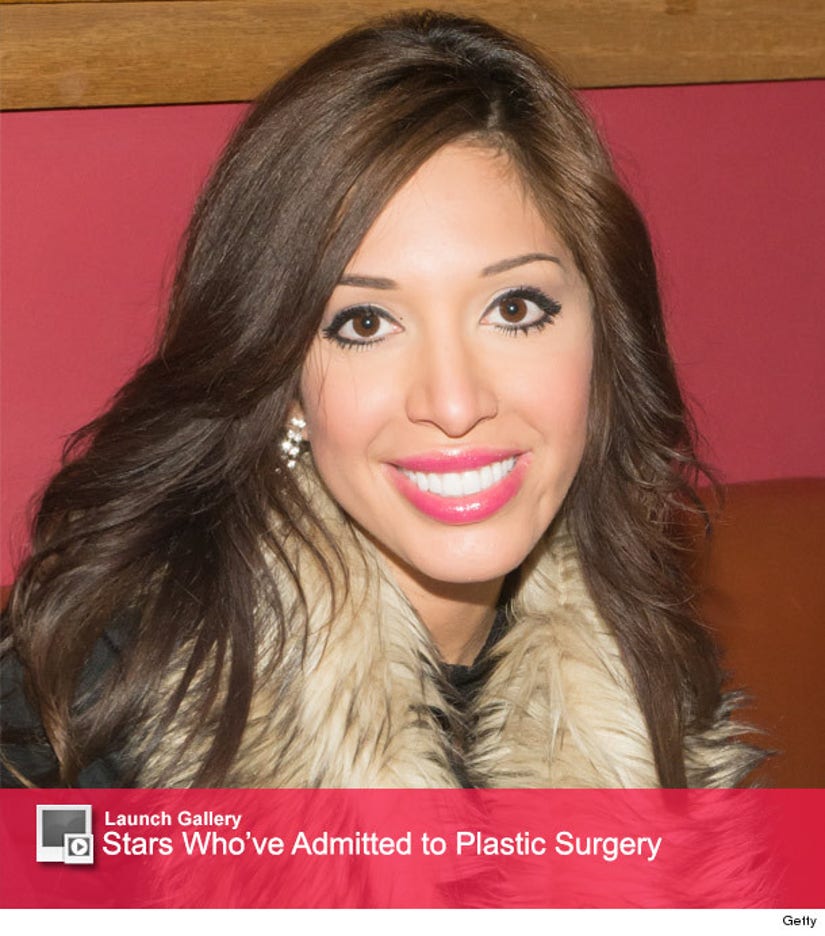 Phew! Looks Like Farrah Abraham's lips are back to normal ... kind of.

Two weeks after the "Teen Mom" alum posted a cringeworthy pic of her extremely botched lip, Farrah stepped out with her huge swollen situation seemingly under control.

On Saturday, the 23-year-old hosted a night at New York's The Scene Nightclub ... where she showed what she intended her new pout to look like.

The reality-turned-porn-star previously attempted to have an implant placed in her upper lip, but had a horrible reaction due to the anesthetic. She then posted the TMI pic to her Twitter followers

Now that it's settled, what do you think of her remodeled lips?

Tell toofab in the comments section below then click "Launch Gallery" to see more celebs who've gone under the knife!