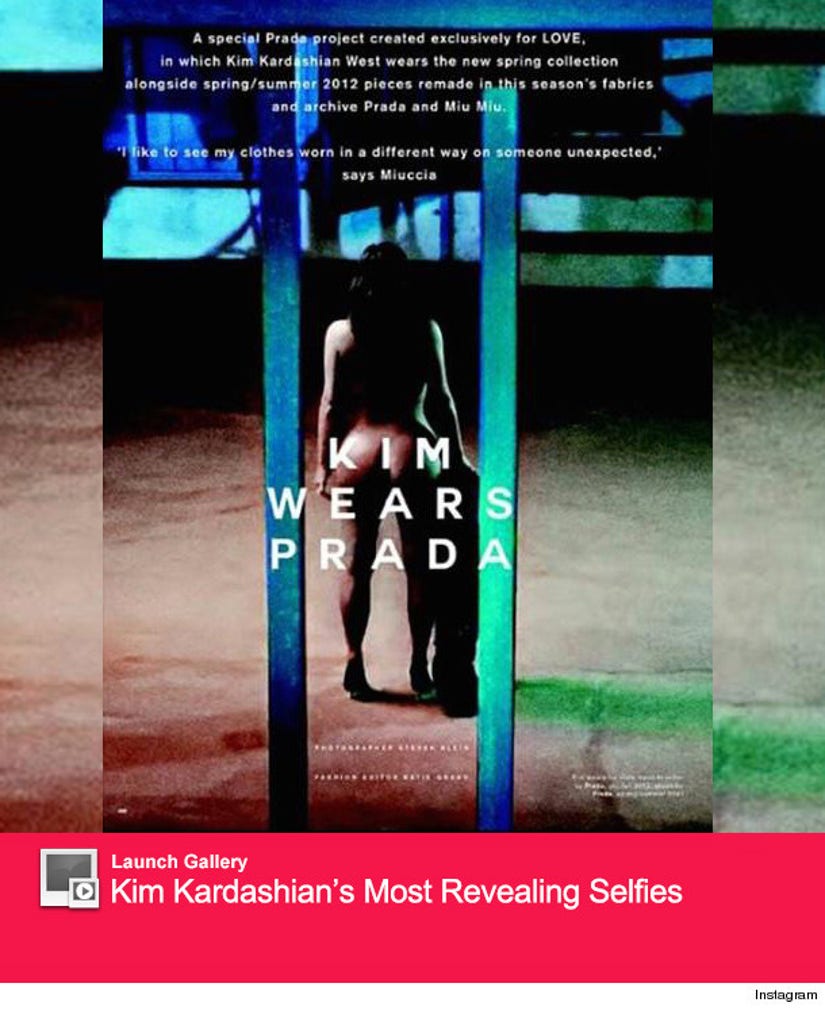 The booty is back!

Kim Kardashian just can't keep her clothes on these days, as the reality TV star has once again stripped down to absolutely nothing for yet another racy magazine spread.

The "Keeping Up with the Kardashians" star is butt-naked in the February issue of Love Magazine -- and a sneak peek pic from the shoot hit the Internet earlier today.

Though the mag reportedly posted the shot above on its Instagram page, it was then removed, but not before going viral.

Kim & Khloe Have Battle of the Booty -- Who Wins?

The photo teases a "special Prada project ... in which Kim Kardashian West wears the new spring collection alongside spring/summer 2012 pieces remade in this season's fabrics and archive Prada and Miu Miu."

Funnily enough, Kim isn't actually wearing any of the clothes in the first photo though, as she instead holds an item as she gives full derriere.

"I like to see my clothes worn in a different way on someone unexpected," designer Miuccia Prada adds.

At this point though, wouldn't it be more "unexpected" to see Kim with clothes on?

The full issue and the 30-page spread (!) hits newsstands February 2.