Kim Richards is up to her old wacky ways!

In Tuesday night's episode of "Real Housewives of Beverly Hills," the reality star is displaying some strange behavior during poker night with her famous costars.

Kim, who has been very vocal about her battle with booze, certainly seems a little loopy in the exclusive sneak peek above. At one point, she starts to slur her words as she puffs on a cigar ... and even cusses our her sister.

Later on, tensions mount between Kyle Richards and Brandi Glanville, after she calls Kim's sister "stupid." Watch the clip above to see the pair's fiery argument! 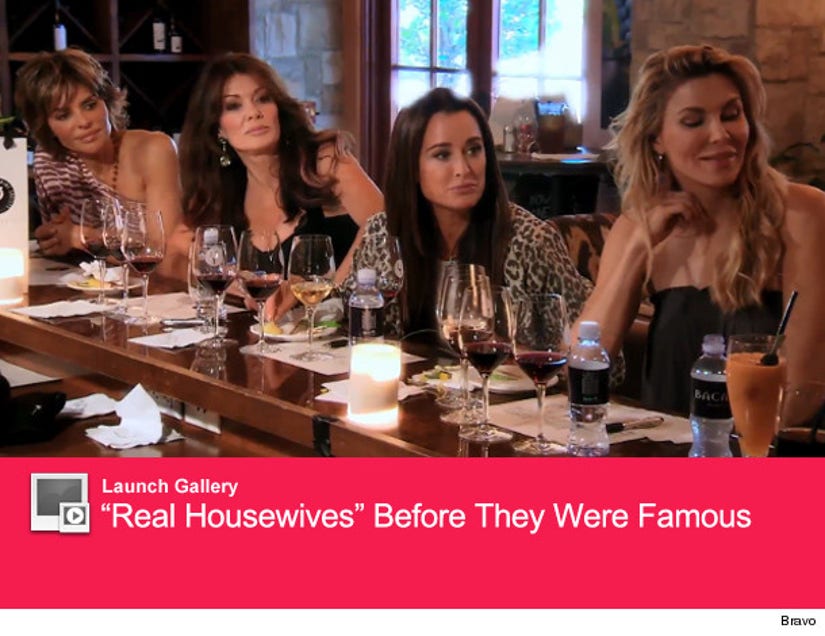 While Kim looks dazed and confused during game night, she shows her commitment to her sobriety during a wine tasting outing with her costars elsewhere in the episode.

"Oh, this is just where I want to be. I've been waiting for this all day," the recovering alcoholic jokes.

Kyle admits that she didn't mean to put her in this tough situation.

"This has been a huge misunderstanding," she tells the camera. "It's one thing to have lunch and maybe pair with wine, but an actual wine tasting? I would never put my sister in that position."

"A little awkward to sit at the bar with you while you all taste wine," Kim admits. "So, no matter what I do, it's awkward."

Kim certainly tries to make the best of the outing, even making jokes with an oversized wine glass as she sips on an alcohol-free, mango smoothie. She even brushes off a comment made by the host, who asks if she wants to smell the wine.

Check out the clip above to hear her response!

The drama is just heating up!