The Penguin finally made his move.

Monday night's episode of "Gotham" ended with the waddling villain-in-training getting his revenge on Fish Mooney, by exposing her backstabbing shenanigans to Carmine Falcone.

The power play was a long time coming -- but, according to series' star Robin Lord Taylor, "don't count" Mooney out yet.

Taylor -- who has been killing it as the young Oswald Cobblepot all season long on Fox's Batman origin tale -- visited toofab's studio earlier this week, where he admitted Penguin's perseverance is bittersweet.

"It's like a double-edged sword, because I love Jada Pinkett Smith so much. Everything she does on the show is just so fabulous and she just brings this incredible presence to the show, that I think, without it, just wouldn't be the same," Robin tells toofab's Brian Particelli.

"It's sad, because as Penguin succeeds, she has to fail," he adds. 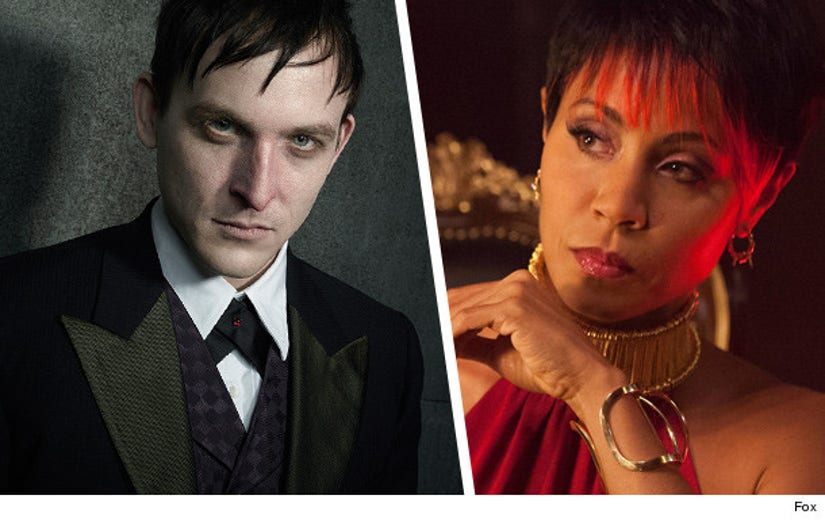 And while Mooney's down, she's not out.

"We have not see the end of her," Taylor adds. "You think about her character, to become a female crime boss in Gotham city, the kind of stuff that her character must have gone through, I can't even imagine. She can handle this, don't count her out."

Of course, the mobsters that populate Bruce Wayne's hometown aren't the only ones causing havoc.

Taylor reveals that we'll start to see Cory Michael Smith's Edward Nigma start to "turn" to the dark side, as his Riddler alter-ego begins to show ... and The Scarecrow's intro is also set for a future episode.

But what about the biggest Batman baddie of them all, The Joker?

"I think we may [see him soon]," teases Taylor. "I think it's going to be one of those things where we'll think we see the Joker, but nobody's going to be 100% sure. There are a lot of stories to develop, but who isn't waiting for The Joker to show up?"

Check out the video above to see what he thinks of Internet speculation that his character will actually become The Joker ... and find out which villainous vixen he'd love to see on the small screen.

"Gotham," which just got picked up for a second season, airs Monday nights on Fox.