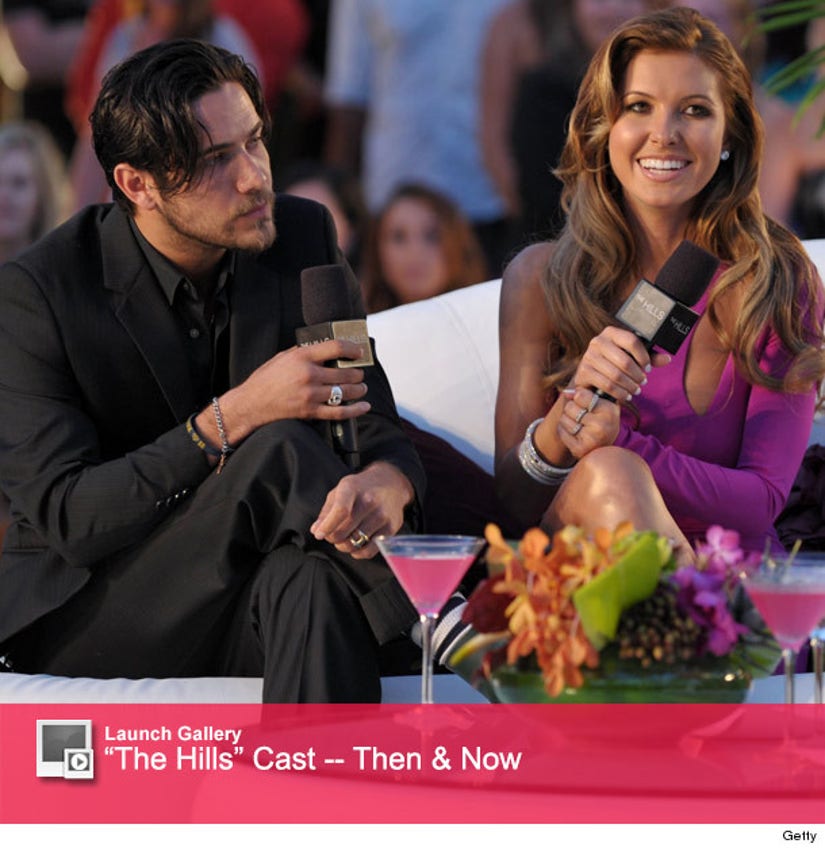 "A man so great, he needed two names."

We haven't seen much of "The Hills'" resident bad boy Justin Brescia -- a.k.a Justin Bobby -- since the MTV show ended in 2010.

But in a new interview with Bustle, the former reality star reveals how he got his famous nickname -- and it's all because of ex-girlfriend Audrina Patridge.

"I knew Audrina before the show, she worked at [a studio] where we were doing hair for a music video," he explains. "She knew me as Justin Brescia. When she asked me to film [The Hills] I said that I didn't want my birth name on the show. [I told her] 'let's just say Bobby, because my middle name is Robert.'"

Audrina agreed to call him Bobby, but she struggled to get it right when the cameras were rolling.

"Audrina was saying Bobby for a while, and I was like thank you, I appreciate it," Brescia says. "Then she started slipping and saying Justin. So then we start doing takes, and [the producers] hear on the walkies, Justin, Bobby, Justin Bobby, and they're like… 'who the f--k are we talking to?'"

"Then it got back to the girls [on the show] who realized that, well, we don't know what his actual name is. And that's how it all started," he adds.

And the rest was history!

So, what has Justin Bobby been doing since the show wrapped?

According to his Facebook page, Justin Bobby opened up Brush Your Hair Salon by Justin Bobby Brescia in Costa Mesa, California.

Would you want JB to style your hair?! We have to admit -- his always looked picture perfect.