Blake Shelton will host and perform as the musical guest on "Saturday Night Live" this weekend, and he's throwing his new gig in Adam Levine's face!

"Hey Adam, look who's hosting 'SNL' now, pretty boy," he says after telling "SNL's" Cecily Strong that their "Voice" rivalry is real. "Hot shot, you silly mother– ... Can you say cuss words on this show?" 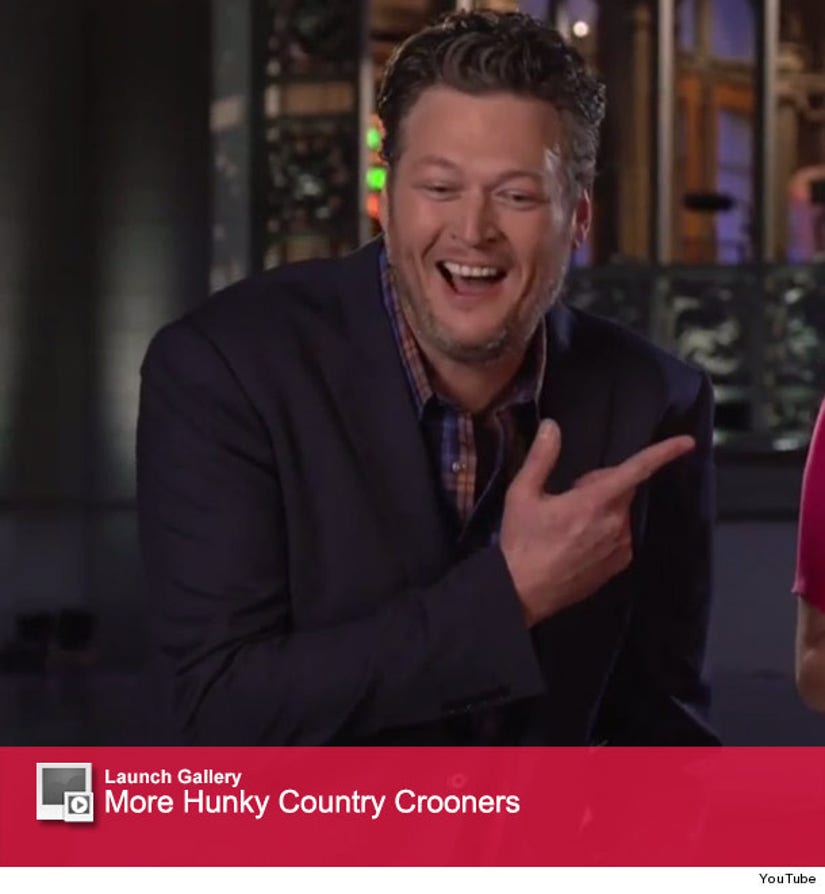 In another bit, the comedienne puts Shelton in the hot-seat for a change as she mocks the NBC singing competition. He even makes a jab at his own show, after Strong doesn't turn around and invite him onto her team.

"OMG! And I have such a heart-warming story, too," he says. "And a lot of tragedy and perseverance."

Things take a really dark turn towards the end -- check out the shocking promo conclusion above!