Something is definitely off with Kim Richards!

On Tuesday night's episode of "Real Housewives of Beverly Hills," the reality star displayed some strange behavior during poker night with her famous costars.

Kim, who has been very vocal about her battle with booze, certainly seemed a little loopy in the clip below. At one point, she started to slur her words as she puffed on a cigar ... and even cussed out her sister.

Later on, a fight broke out between Brandi Glanville and Kyle Richards because of Kim's boozy behavior.

"I've been down this road before," Kyle said in her confessional.

Eventually, Kyle went to the bathroom to make a phone call. Kim followed. "I don't drink, I don't smoke, I don't do drugs...I have nothing to hide," Kim said in the bathroom with Kyle.

"It looks like you're drinking," Kyle replied. "I'm 100 percent in pain. Before I left the house, Monty gave me something...for the pain, that the doctor gave me, and I took it and that's it," Kim said.
"Oh my god, why did she do this?" Kyle said.

Brandi was trying to help Kim leave, but when Kyle tried to talk to her, Brandi got in the way and the fight got physical!

The episode ended in a cliff hanger, but from what we could tell, Brandi thinks Kyle scratched her and pushed her back in retaliation. 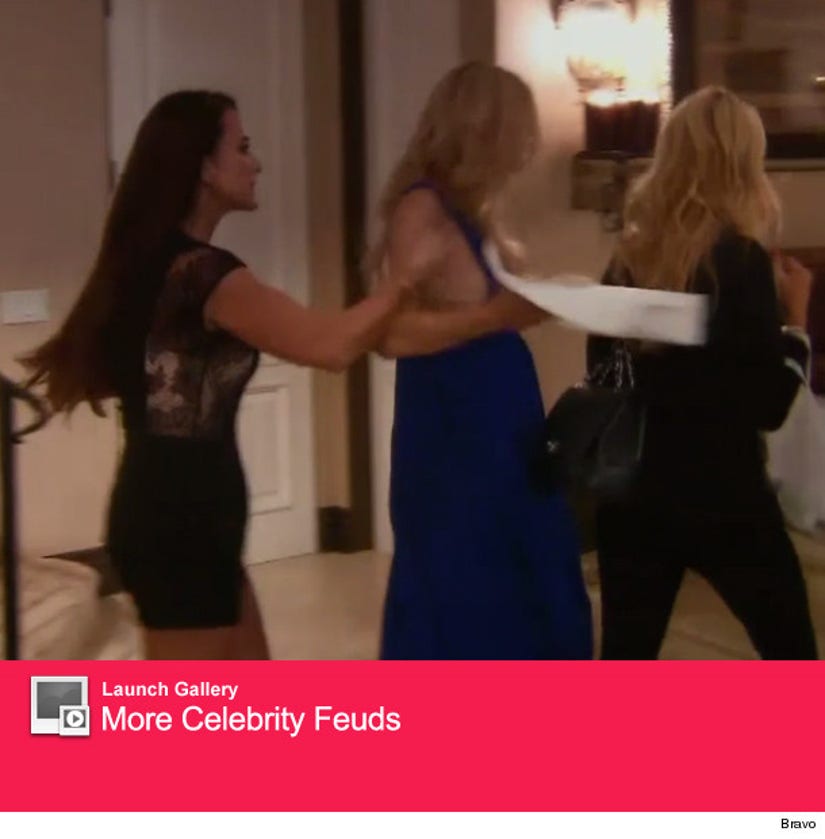