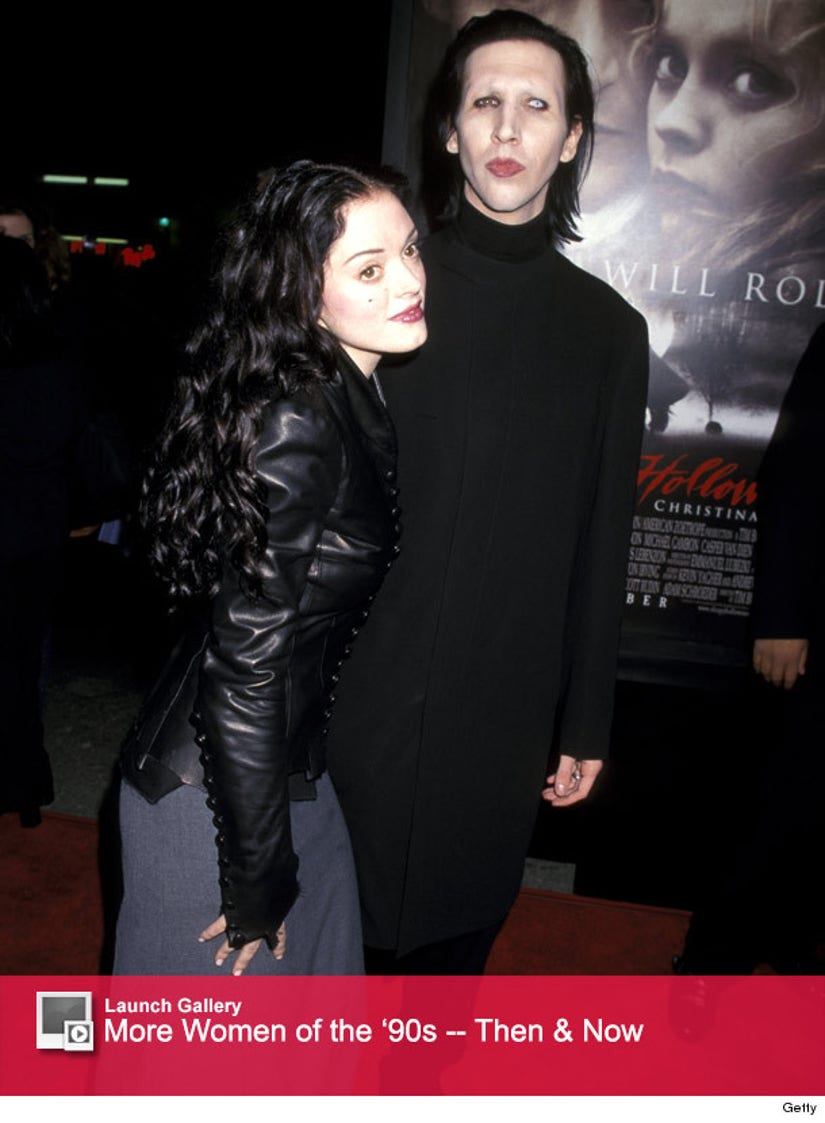 Rose McGowan will ruin your life.

That's the message one of Marilyn Manson's good friends gave him when he started dating the "Charmed" actress back in the late '90s -- and it sparked a rumored feud between the rocker and his bud.

"I [recently] ran into Billy [Corgan, of Smashing Pumpkins] and a lot of people think there was some kind of falling out," Manson tells Esquire. "It was mostly that he wrote a strongly worded letter about how Rose McGowan would ruin my life and ruin my career if I stayed with her, which was good advice, and he wrote it as a letter, which is very polite."

It's hard to tell if Manson's being sarcastic about that "good advice" quip, as the two rarely talk about their time together ... but interesting to hear how protective Corgan was at the time.

"There is sort of a guy code that I abide by where he totally offered his advice, and he was genuinely just looking out for my best interests," Manson continues. "I hadn't seen him in 15 years. I had forgotten how close we were, having not seen him in so long."

In the interview, Manson also opens up about his strange relationship with Courtney Love.

"We never really had a falling out. We've always been weird with each other, because she's slept with pretty much every one of my friends, supposedly," the 46-year-old adds. "Not me, though. She, one time, told me she was mad at me because I didn't want to f**k her and I was smarter than her."

He says these days he's "cool with" her.