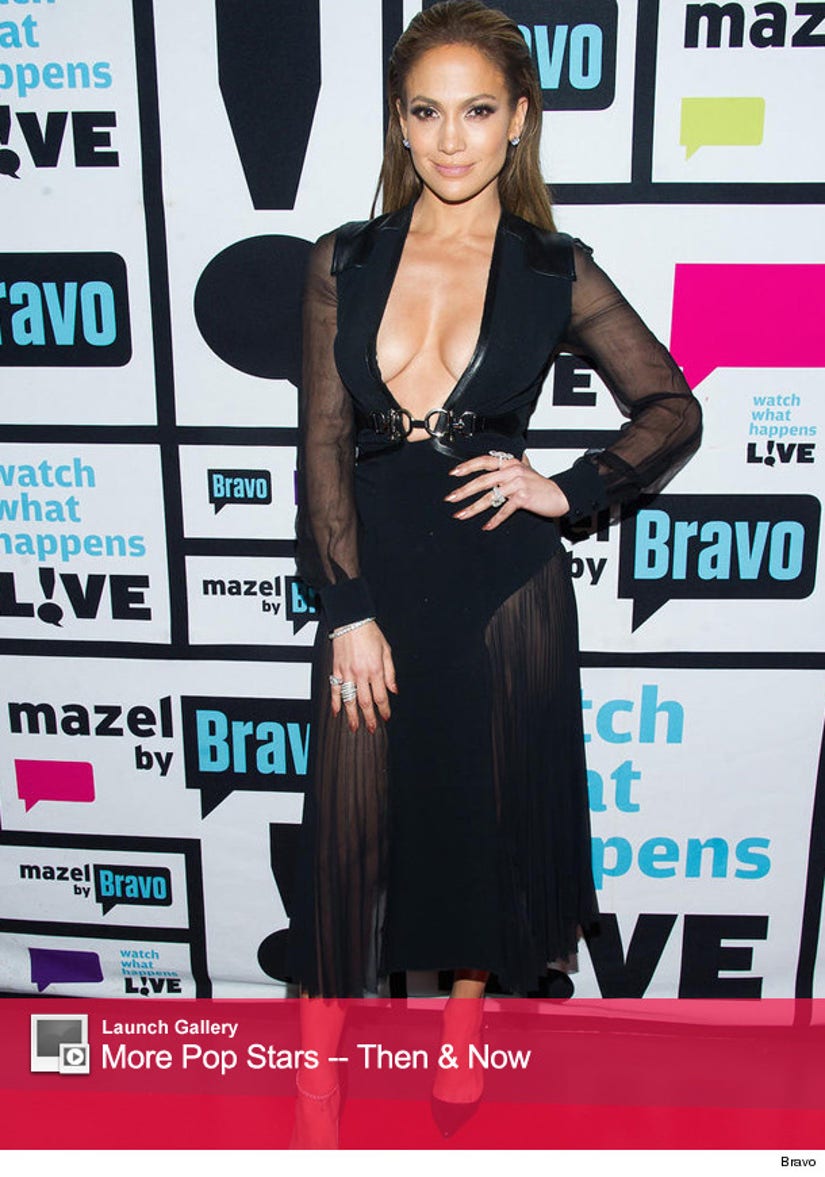 The "Boy Next Door" star stopped by "Watch What Happens Live"on Thursday, where she admitted that her exes have not all been that good looking.

"I would say my type of man is, I like manly," she told host Andy Cohen. "I don't like a softer edge. I like somebody to make me laugh. But type-wise, I'm not a looks person. I don't know if you noticed, over the years."

"I go more for essence, for strength, the manliness," she continued. "The fun, the laughs. Sexy's important but I don't feel like good looking is necessarily sexy."

"You've had some hot guys though," Cohen said. "I thought they were all hot," the "Booty" singer replied. "Other people were like, 'What the hell was she thinking?' but I don't care."

J.Lo definitely didn't hold back in the interview, but it was her cleavage-baring look that really caught our eye! The mother-of-two showed off her killer curves in a dangerously low-cut, sheer dress with a black bodysuit underneath.

"I'm going to do my best not to stare at your chest," Andy said. "Are you ever worried that they might come out?" he asked. "No, no, no, I wouldn't wear it if I thought that that might be an issue," the sexy singer explained.

Later, she was put on the spot about ex-boyfriend Ben Affleck's nude scene in "Gone Girl." Yes, she's seen it -- check out her reaction below!

While playing Plead the Fifth, Lopez also revealed the craziest place she's had sex and if she prefers Britney Spears over Mariah Carey.