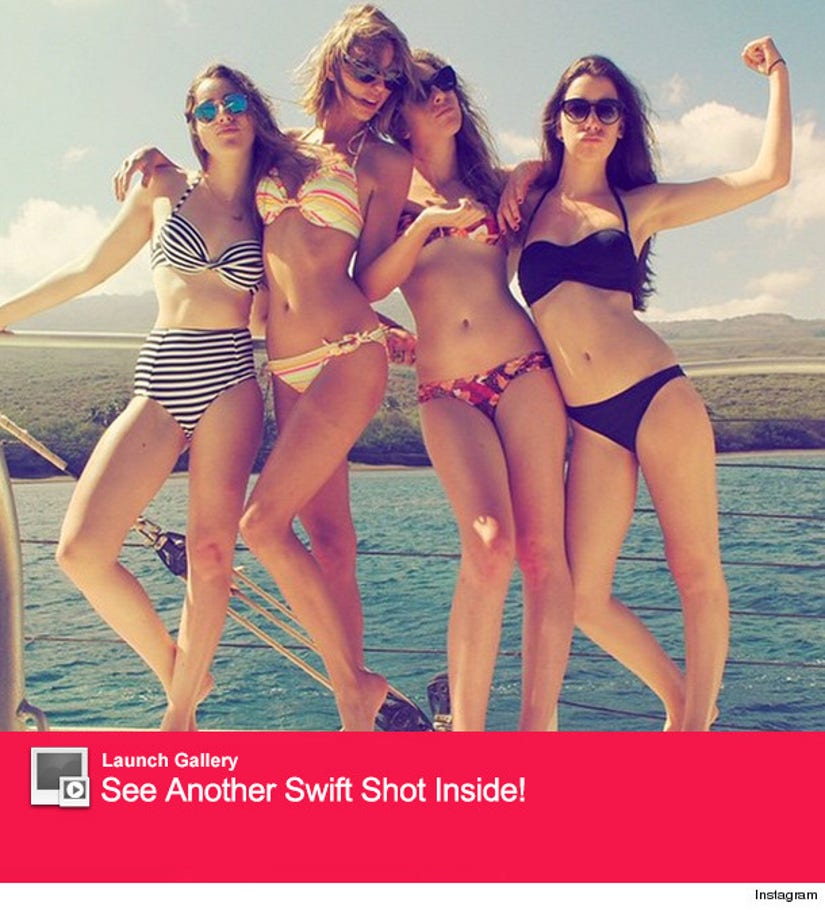 Taylor Swift finally did something she swore she'd never do: Show off her belly button!

The "Style" singer posted a couple vacation photos on her Instagram on Friday, giving fans a rare glimpse at her tight tummy by sporting a two-piece. Swifty usually rocks one-pieces or high-waisted bikinis, so this is one of the few photos of her entire stomach.

"I don't like showing my belly button," she told Lucky magazine in the past. "I want that to be a mystery. As far as anyone knows based on my public appearances, they haven't seen evidence of a belly button. It could be pierced. They have no idea. If I'm going to get some sort of massive tattoo, it's going to be right next to my belly button because no one's ever going to see that."

The 25 year old was joined on her Maui getaway by the band Haim, with all three sisters also showing off their fit physiques while whale watching with Taylor.

They're all looking pretty great, right? Belly buttons and all!

Check out another beach shot of Swift in the gallery above, plus even more celeb beach bods!