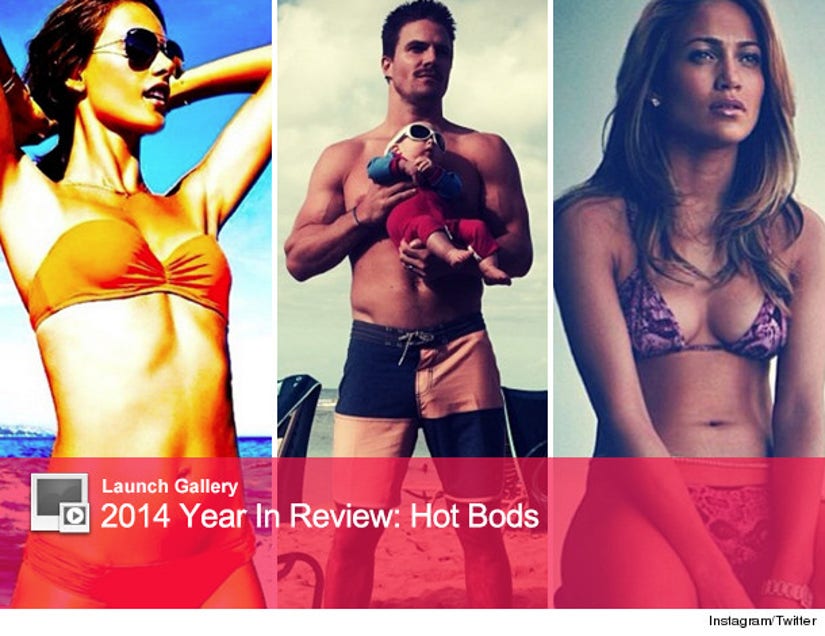 The weather may be cooling down, but Hollywood's heating up!

2014 was the year of celebrity selfies -- from pics on the beach, to the pool and even in their bedroom -- there was no shortage of stars sharing some super sexy snaps. And toofab's rounded up this year's hottest celebrity bods for your viewing pleasure!

Victoria's Secret model Alessandra Ambrosio is not stranger to a bikini pic or two, and we can definitely see why! The model has probably one of the best beach bods out there, and she showed off her famous figure a ton this year.

"Arrow's" Stephen Amell works hard for his sexy physique -- so we don't blame the actor for indulging in some shameless self promotion! Amell's Instagram feed is pretty much flooded with pics of his washboard abs and buff biceps. Keep them coming Stephen!

And, if we could crown the best celeb bod of 2014, that award would most definitely go to Jennifer Lopez! The 45-year-old not only looks amazing, but she had an incredible year. From a slew of number one singles, to her gig on "American Idol" and the release of her new book -- the actress is at the top of her career. Consider this motivation, ladies!

But these stars weren't the only ones showing off their sexy figures -- click "Launch Gallery" above to see some of this year's hottest celebrity bods!