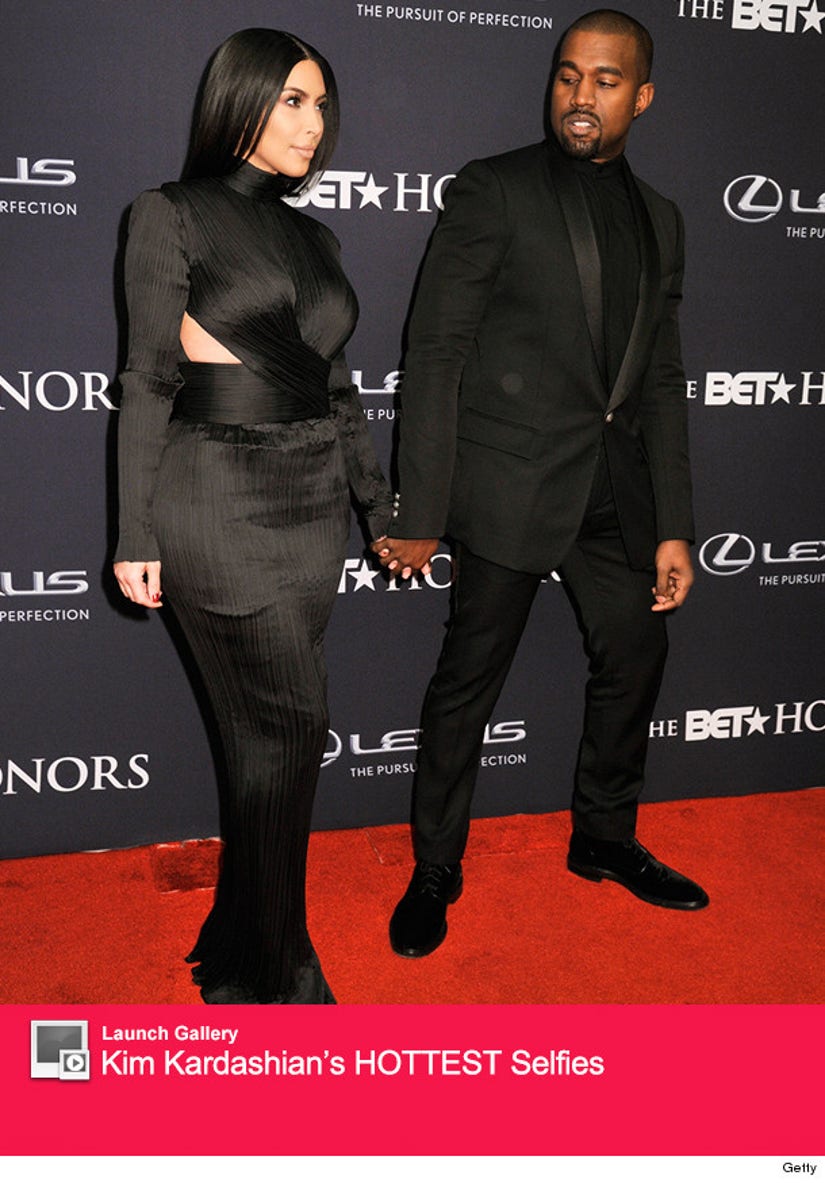 Kim Kardashian and Kanye West made a rare red carpet appearance together this weekend ... and they made sure to match while they did it!

The two sported all black to 2015 BET Honors Awards in Washington D.C. on Saturday night, where even West was in awe of his wife's infamous physique. Just look at his face in the photo above!

Both of them were dressed head to toe in Balmain, which isn't incredibly surprising since the two modeled for the fashion house's most recent campaign.

The rapper was honored with the Visionary Award during the show, where Kanye poked fun at some of Kim's ex-boyfriends.

"They say white girls go out and get a rich black dude. But my wife has dated broke black dudes. So it's not about the money," he's seen joking in an Instagram video from the ceremony.

We'll get to see the rest of his speech when BET Honors airs February 23.