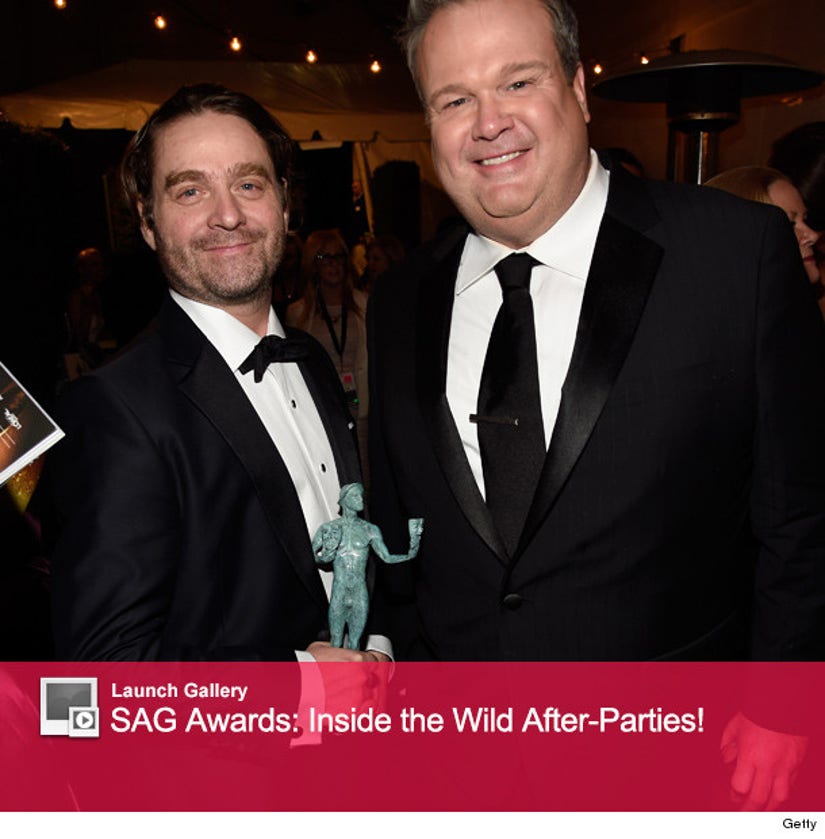 The "Hangover" star showed up the the Screen Actors Guild Awards on Sunday night looking like a new man, thanks to his recent weight loss, a trim beard and a man bun.

The actor, who picked up an award with the cast of "Birdman," hasn't been out in public since he surprised everyone with his slimmed-down physique back in October ... and it looks like he's even dropped a few more pounds since then!

Zach set off a Twitter explosion when he appeared at the very beginning of the telecast, during the show's annual "I'm an Actor" open. Many immediately started comparing him to Joaquin Phoenix -- do you see the resemblance?

Though Zach joked that he was "dying" when a reporter asked him about his new bod last year, he also said some of the weight came off after he quit drinking in 2013. 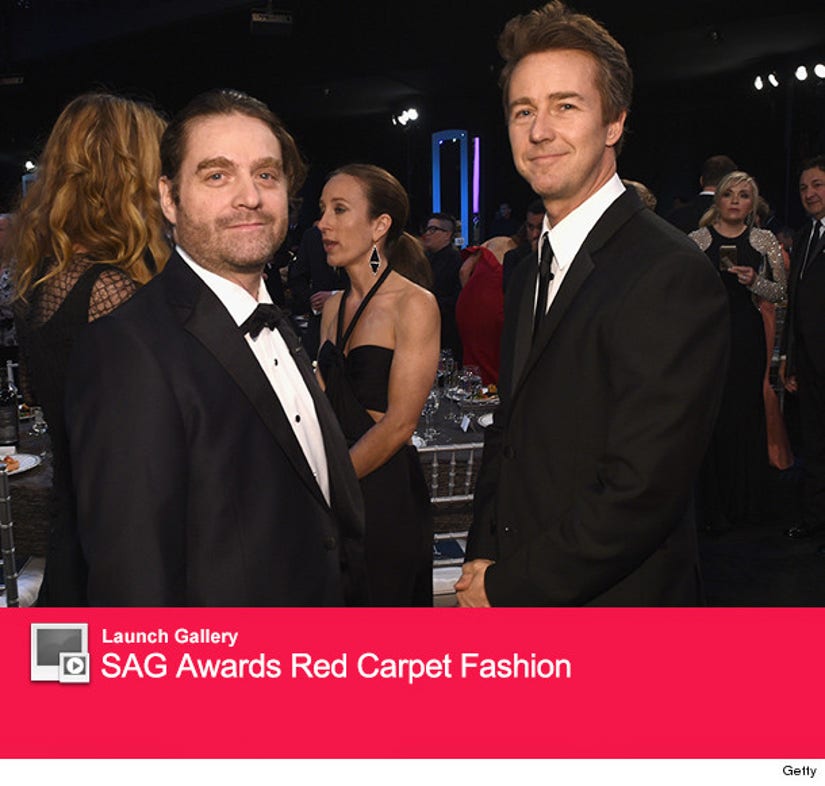 What do you think of his makeover? Sound off below!

And be sure to check out the gallery above to see more SAG Award sightings.