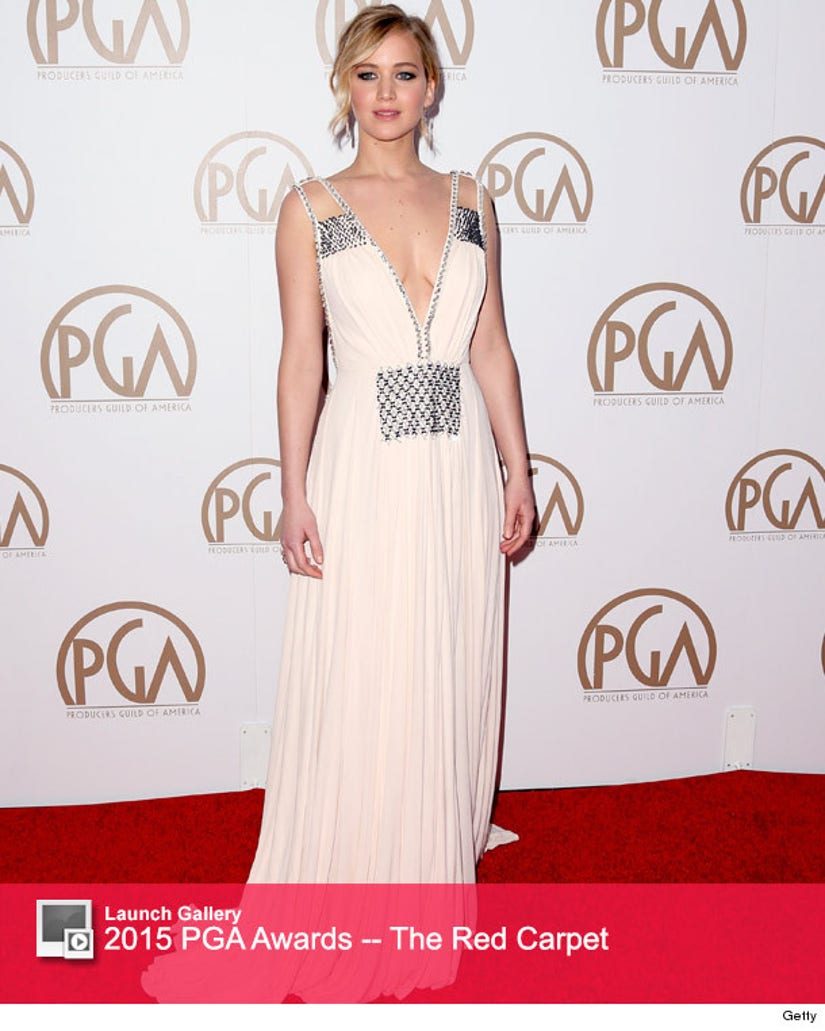 Jennifer Lawrence made her award show return on Saturday at the 2015 Producers Guild Awards, where she turned heads in a super-sexy ensemble.

Donning a cream Prada gown with a plunging neckline and silver embellishments, the "Hunger Games" star stole the spotlight on the red carpet.

J.Law was her typically charming self as she presented an award to Jon Feltheimer, CEO of Lionsgate, during the star-studded show.

"I normally say no to this kind of thing on the account of my crippling anxiety and the unbreakable bond between woman and couch," she told the crowd. "But I when I heard it was for Feltheimer, I had to say yes because I just assumed that I was contractually obligated. But then when I found out that I wasn't, I had already picked out this dress."

"I know what you're thinking, I'm going to totally mess this up ... and you're right," she said with a laugh.

The 24-year-old beauty then joked about her ridiculously successful movie franchise, "The Hunger Games," saying, "Jon was charged to insure that Suzanne Collins' 'Hunger Games' incredible trilogy of books was respectfully brought to life in four films and it was a large f**king failure!"

You can always count on Jen to say something buzz-worthy!

What do you think of her speech ... and her daring red carpet look? Tell toofab in the comment section below, and see all the stars at the PGA's.