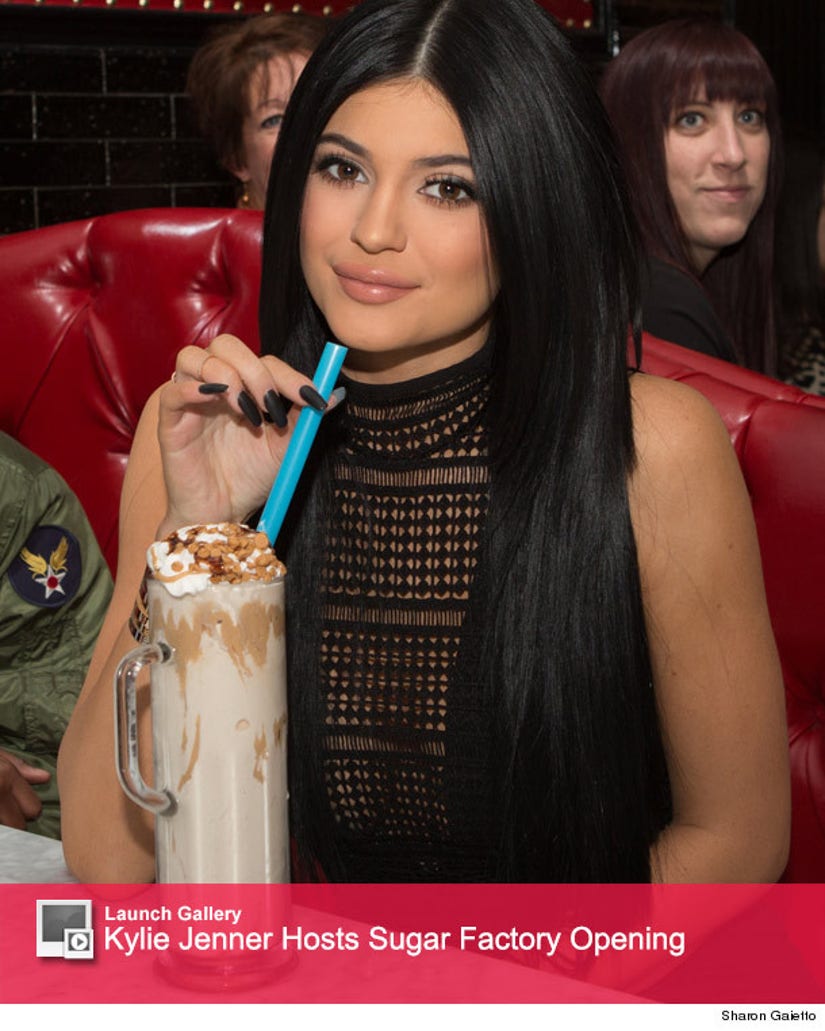 The youngest daughter of the Kardashian/Jenner clan hosted the opening of the Sugar Factory in Chicago on Friday.

The "Keeping Up With The Kardashians" star looked gorgeous as she debuted the "Couture Pops" that she and sister Kendall Jenner designed exclusively for the chain.

Jenner rocked a sheer black dress and kept her signature raven locks super straight for the event, where it certainly looked like she was channeling big sister Kim!

The 17-year-old caused quite a frenzy when she arrived at the event. Fans went crazy for the star as she handed out candy and hugged her many admirers. Nick Cannon was also on hand for the opening, as he played DJ and got the crowd pumped with "old-school" favorites.

The fashion designer is following in her famous sister's footsteps in partnering with the popular franchise. Kim Kardashian hosted the grand opening of "Sugar Factory" back in 2011 and Kendall followed suit in 2013 hosting the NYC opening.

"This is amazing. I went with my sister years ago when she opened Sugar Factory in Las Vegas, and to be here on my own doing it now, with all the fans. It's unreal," Kylie said of continuing the tradition.

FYI: This is what Jenner looked like when she attended the Vegas opening 4 years ago. 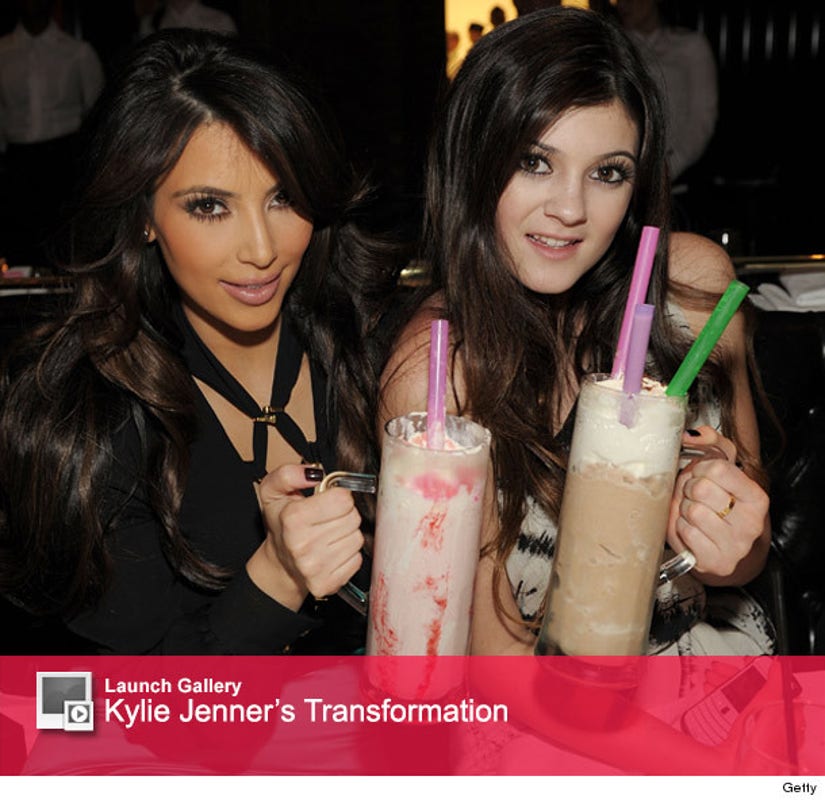 What do you think of Kylie's edgy look? Tell toofab in the comments section below then click "Launch Gallery" to see more photos from the event!