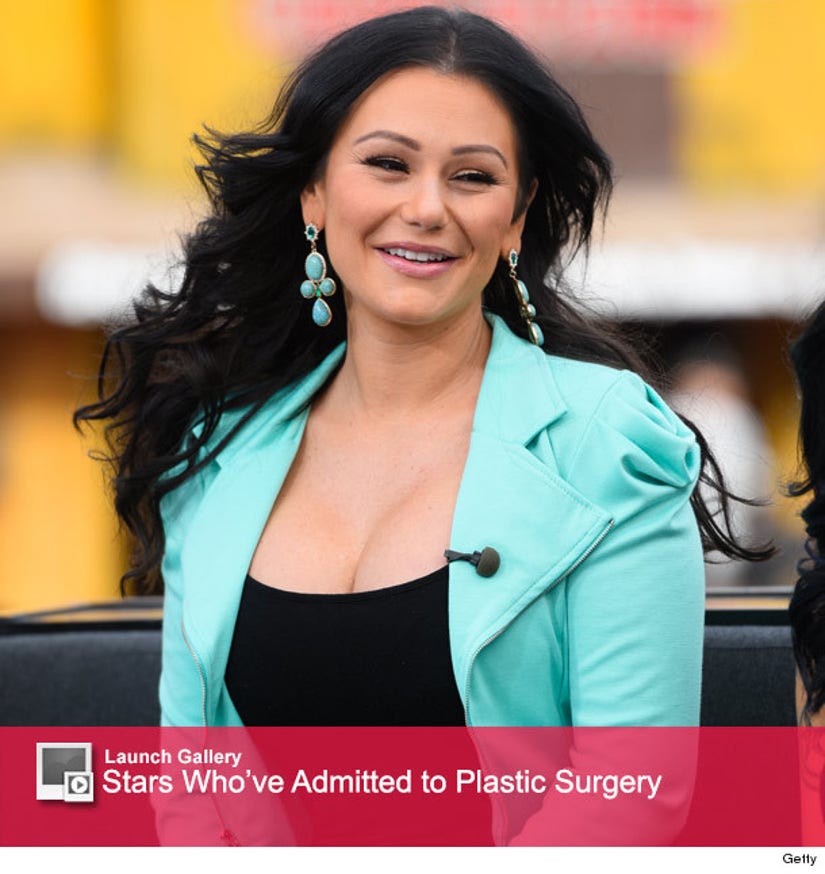 JWoww got herself a new mommy makeover!

Snooki and Jenni "Jwoww" Farley stopped by Access Hollywood on Monday, where they opened up about their adorable baby girls.

While chatting about motherhood, the MTV star revealed she's had some work done since welcoming her daughter Meilani with fiance Roger Matthews in November.

"I haven't worked out because I'm so obsessed with her, so I can't get to the gym," Farley said about her post-baby bod. "I actually just got my boobs re-done, so I can't go," she confessed.

"They're the same size, I just kind of switched them out from breastfeeding," she added.

The admission comes after Jenni posted a ridiculous photo of her little girl sporting "fake boobs," sunnies and hair extensions.

What do you think about the 28-year-old's new rack? Tell toofab in the comment section below and make sure to check out the gallery above to see more stars who've admitted to plastic surgery!