The Super Bowl just got a whole lot sexier!

Victoria's Secret dropped their full commercial for Valentine's Day, which will play during the 2015 Super Bowl Game on Sunday Feb. 1.

Check out the super sexy clip above!

The ad showcases Victoria's Secret's biggest names, dressed in only lacy undergarments from every corner of the world ... as Brenda Lee's "I'm in the Mood for Love," sets the scene.

The commercial will hit the small screen during the last quarter of the New England Patriots vs. Seattle Seahawks game -- and we're sure it will be a welcome distraction for football fans. 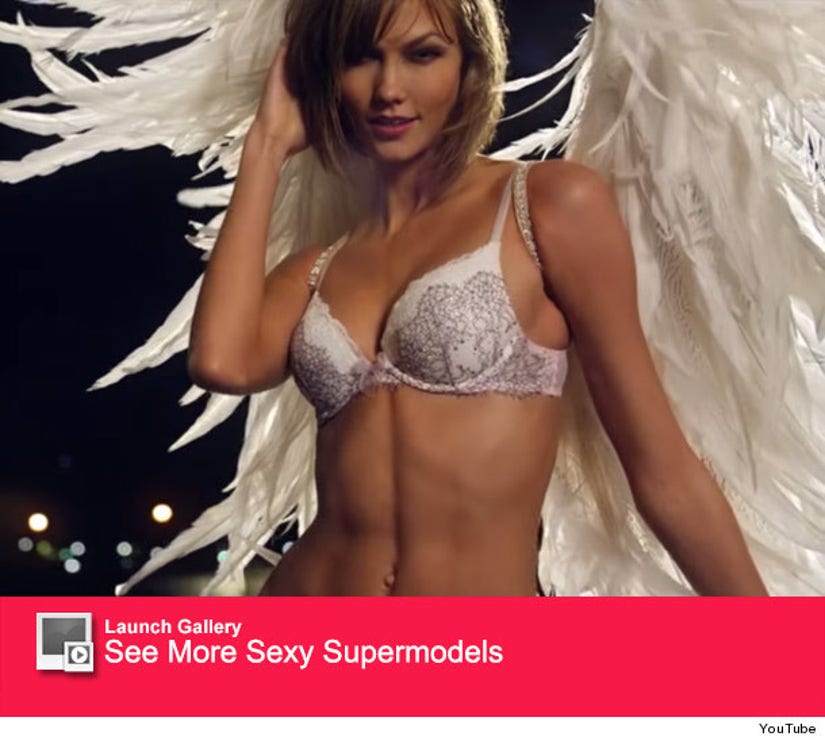 Last week, Victoria's Secret dropped a teaser for their Valentine's Day commercial where the Angels played a friendly game of football.

In the promo, the five supermodels-turned-footballers show off their best snaps, runs, and touchdowns before taking off their helmets and shaking out their perfectly tousled hair.

What do you think about the sexy promo? Tell toofab in the comment section below and click "Launch Gallery" above to see more sexy supermodels!

The Super Bowl XLIX kicks off on Feb. 1 at 6:30 p.m. EST on NBC -- and in the meantime, check out some of the best ads from last year below: