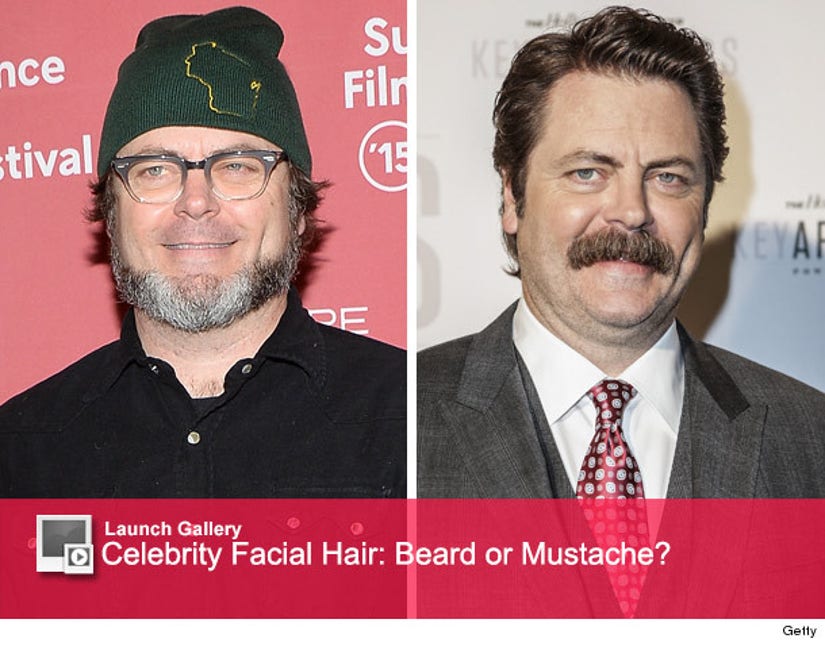 Nick Offerman could go incognito without his signature 'stache!

The "Parks & Rec" star debuted his mustache-free face at the premiere of "Me And Earl And The Dying Girl" at the Sundance Film Festival on Monday.

Now that the NBC sitcom has wrapped up production, the actor said goodbye to his character's famous facial hair and went in the opposite direction from the look he sported for seven seasons -- beard, with no mustache.

On Friday, Nick's costar Retta shared one of the final photos of a mustache-clad Offerman during his last day on set.

"Ladies and gentlemen, that's a series wrap on Mr. Nick Offerman," Retta captioned the pic on WhoSay. "#RonSwanson He's a simple man. He likes pretty, dark-haired women, and breakfast food... We wrapped the show in December. We shoot out of order and scenes from episode 4 were Nick & Amy's last scenes of the series."

While we're sad to say farewell to Ron, we'll be seeing Nick (and his new chin beard) on the second season of FX's "Fargo," which started production this month.

Which look do you prefer on Nick? Cast your vote above!