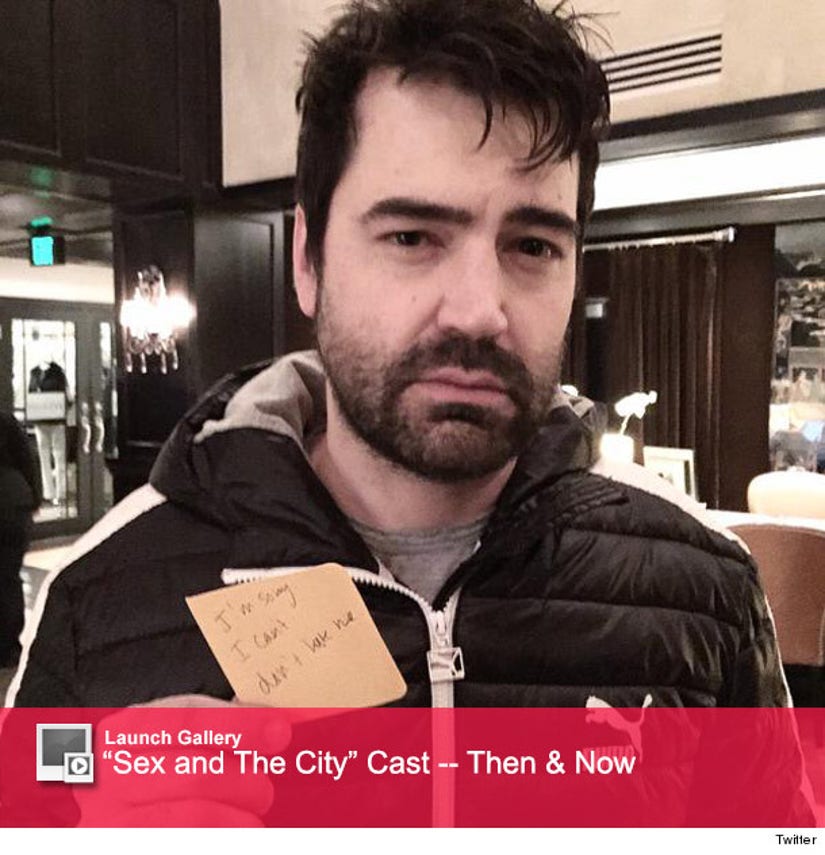 Jack Berger is still up to his old antics!

Ron Livingston, who played Carrie Bradshaw's (Sarah Jessica Parker) ex-boyfriend, Berger, on "Sex and the City," hilariously recreated that memorable moment he broke up with the blonde beauty on measly a post-it note.

Cosmopolitan magazine caught up with the actor at the Sundance Film Festival on Sunday, where he posed for a pic with the infamous letter Berger left Carrie after ending their rocky romance on the HBO show.

We're sure "Sex and the City" fans remember those seven little words that ended their relationship -- "I'm sorry. I can't. Don't hate me" -- well, Ron does too!

Charlotte Palermino from the mag shared the special moment via Twitter. "~ I'm sorry. I can't. Don't hate me. ~ Ron Livingston being our favorite Berger #Sundance," she posted with the candid snap.

While we'll always remember Ron as Carrie's jealous ex-boyfriend, the actor was actually there to promote his new flick, "The End of the Tour," with Jason Segel.

It's pretty clear that Livingston has not forgotten that tragic moment, though -- the 47-year-old had no problem remembering the exact words Berger used to end things with Bradshaw.

It's great to see that Ron's still keeping his "Sex and the City" character alive -- how do you think Livingston looks? Tell toofab in the comment section below and click "Launch Gallery" above to see more stars now and then from the beloved series above!