Brandi Glanville may have taken things too far.

On Tuesday's "Real Housewives of Beverly Hills," we got to see Brandi and Kyle Richards' physical confrontation get ugly.

Kim Richards had been acting strange during the entire night as the group played poker, which of course, caused concern in her sister Kyle, who's supported the 50-year-old through her addiction issues and recent sobriety. Glanville definitely overstepped her boundaries when she pushed Kyle away from Kim as they tried to leave costar Eileen Davidson's house (below) ... but what she said after was even worse.

Check out the video above to see what you didn't see on the show when Kyle follows Brandi and Kim outside, and take a look at the video below to see things get physical just before!

While it sounds like Eddie Cibrian's ex was just trying to protect her friend, she definitely acted like a bully. Plus, it probably didn't help that Glanville seemed pretty intoxicated ... which we're sure added some fuel to the fire.

"Bring it, b--ch," Brandi yelled to Kyle outside the house. "I know how much you've been there for her which is zero!"

"I talk to her every f--king day, you don't even talk to her," Glanville continued.

Fans of the show know that the Kyle and Kim's relationship has definitely had it's ups and downs, but overall, Kyle has continued to support her sister through her very public battle with addiction.

What do you think about Brandi and Kyle's blow out? Tell toofab in the comment section below and check out the gallery below to see more "Real Housewives" before the fame! 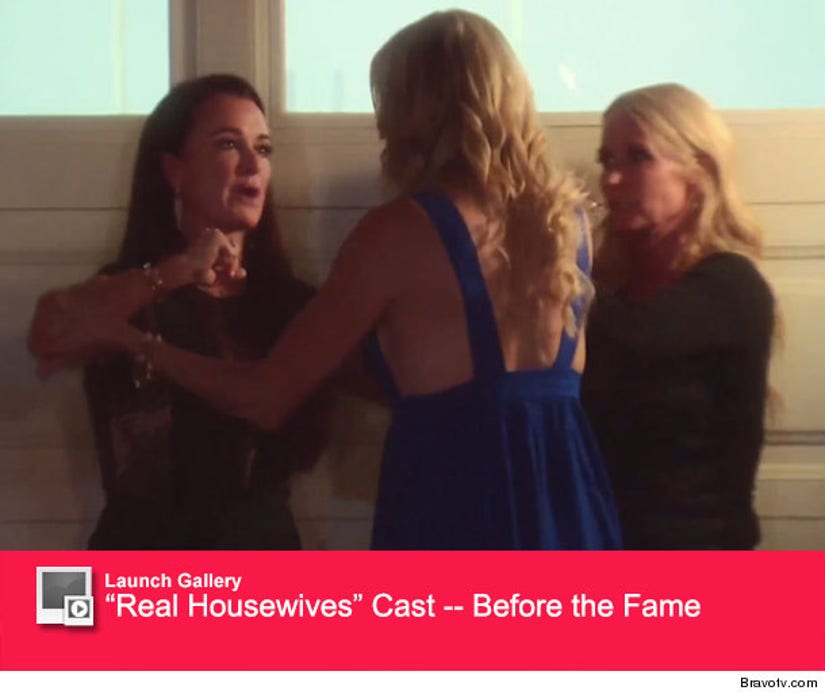