Good genes run in the family!

The "House of Cards" actress looked stunning in her navy blue scarf and pea coat, while Wright's model daughter looked beautiful in a white pleated top and black tie.

We think Dylan looks just like her famous momma, and she's definitely putting those good looks to use -- the 23-year-old has appeared in mags like GQ, topped Maxim's "Hot List" and posed nude for Treats! magazine.

Dylan is one of two children Robin shares with ex-husband Sean Penn -- the couple also has a 21-year-old son together, Hopper Jack Penn.

Robin was joined by on-again-off-again beau Ben Foster in the City of Light for Paris Fashion Week, as well. The pair posed outside the Armani Prive show on Tuesday, before sitting front row at the Spring/Summer 2015 unveiling. 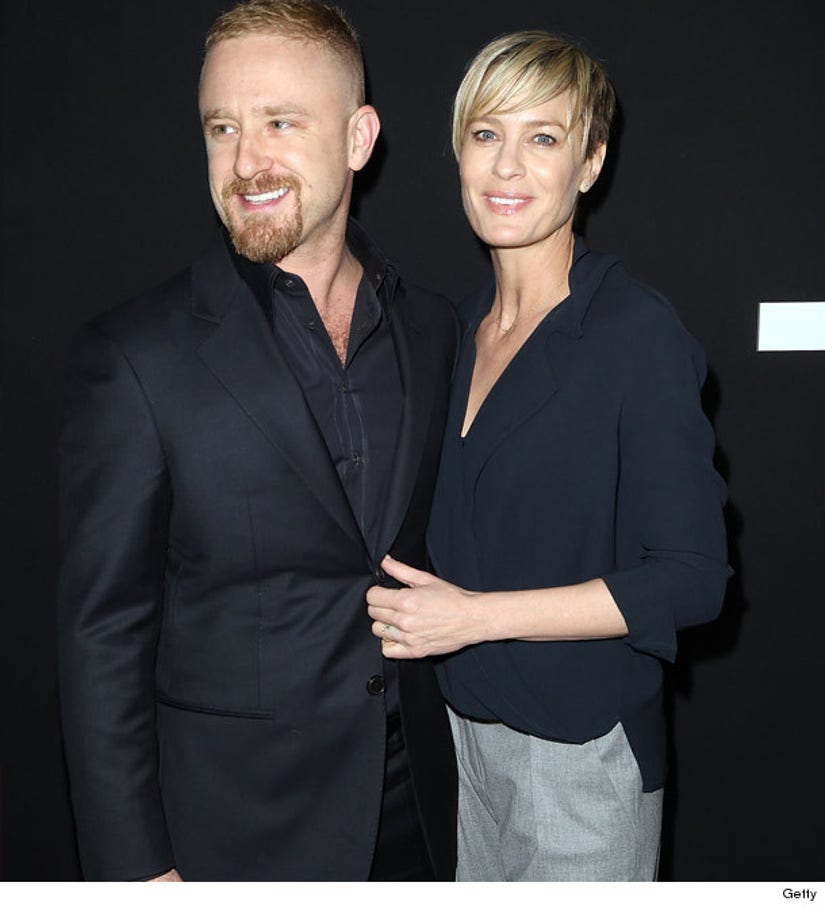 Do you think Dylan looks more like the 48-year-old beauty or her ex-hubby? Sound off below and click "Launch Gallery" above to see more celeb model kids!