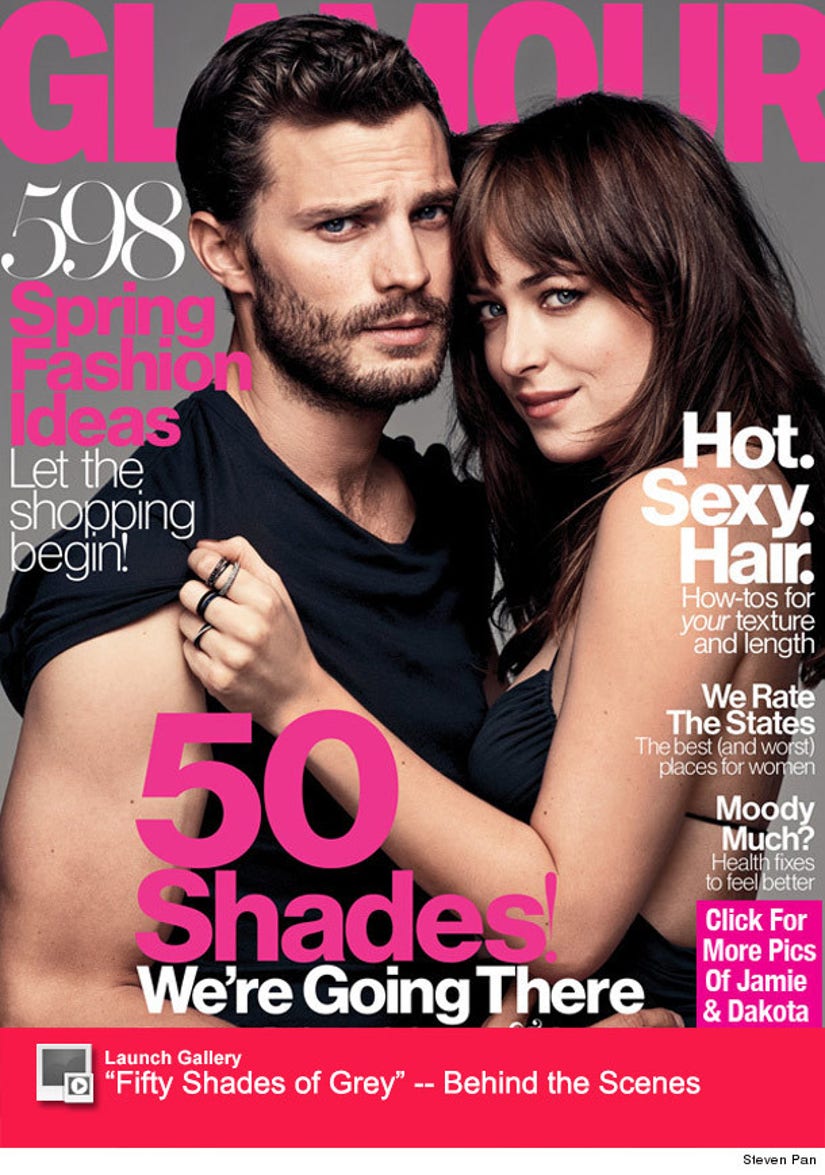 Jamie Dornan and Dakota Johnson have a lot in common ... when it comes to the bedroom!

The stars of "Fifty Shades of Grey" chatted with Glamour magazine, where they revealed their real-life turn-ons and opened up about some of those intense S&M scenes.

So what's Jamie attracted to? "I've got a thing for great hands," the actor told the mag. "My wife [Amelia Warner] has my favorite hands in the world. Being from Northern Ireland, I'm programmed to enjoy stories, so I find it sexy if a woman can tell a funny story. And I've always found attractive talking to someone who's achieved something that I couldn't."

Dakota shares her costar's sentiments -- except, she likes a guy's hands to be a little more rough. "Like Jamie, I like good hands," she revealed. "Manly hands. I grew up in Colorado, and there are manly men there, so manliness is attractive to me. I think it's unsexy when a man chews with his mouth open or when a man is rude or wears fedoras."

The daughter of Melanie Griffith also opened up about filming some of those steamy scenes, which she says made her feel pretty vulnerable. 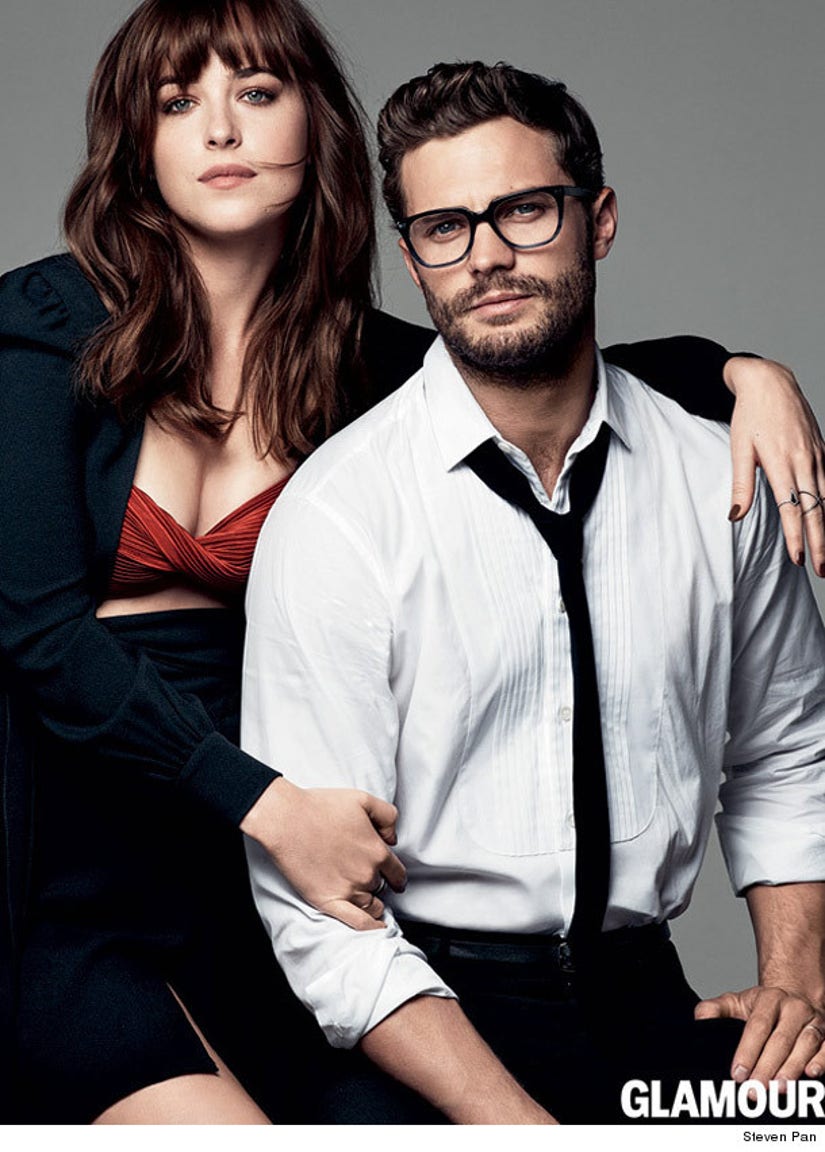 "It's stressful enough to be tied to a bed naked in a scene. But then they call cut, and you're still tied to the bed, naked. Jamie would be the first one to throw a blanket over me," she explained.

Aw, we think it's sweet that the Irish actor tried to make things as comfortable as possible for the 25-year-old actress ... even though the entire process wasn't really something he was cool with, either.

"Some of the Red Room stuff was uncomfortable. There were times when Dakota was not wearing much, and I had to do stuff to her that I'd never choose to do to a woman," he confessed.

Dornan also said that he had to really amp up his gym routine to play Christian Grey ... which was a little difficult considering his wife, Amelia Warner, was pregnant at the time.

"Jamie and I actually shared a trainer," Dakota added. "It was important to me that Ana's body look like that of an active college student. And I was going be naked, so I wanted to look good. I did a lot of working out and had more waxing than any woman should have!"

What do you think about the "Fifty Shades of Grey" stars' candid confessions? Tell toofab below and click "Launch Gallery" above to see more photos from the S&M flick!