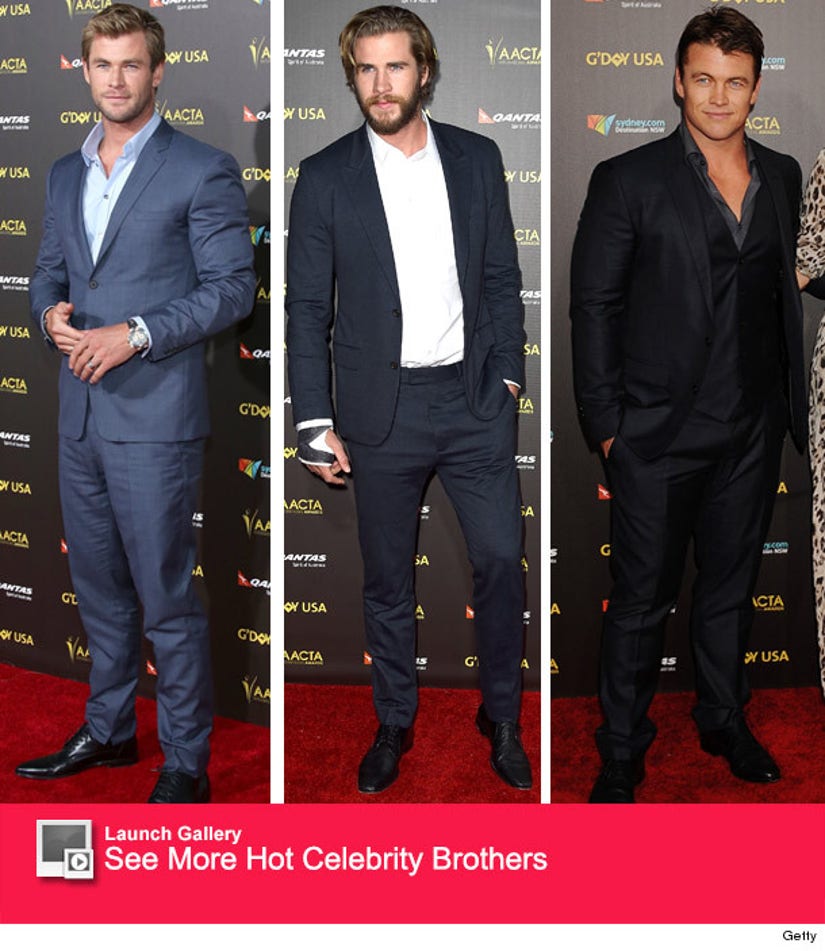 Chris, Liam and Luke Hemsworth hit the red carpet together at the 2015 G'Day USA Gala featuring the AACTA International Awards in Los Angeles on Saturday.

Luke and Liam were on hand to support Chris, who took home the Excellence in Film Award, at the star-studded event.

The handsome brothers all looked dapper in dark suits, with Chris and Luke posing for pictures with their wives.

Scarlett Johansson, ﻿who is now rocking the same shaved 'do as Miley Cyrus, presented the award to the "Avengers" hunk ... and she even revealed her costar is as sexy asleep as he is awake. 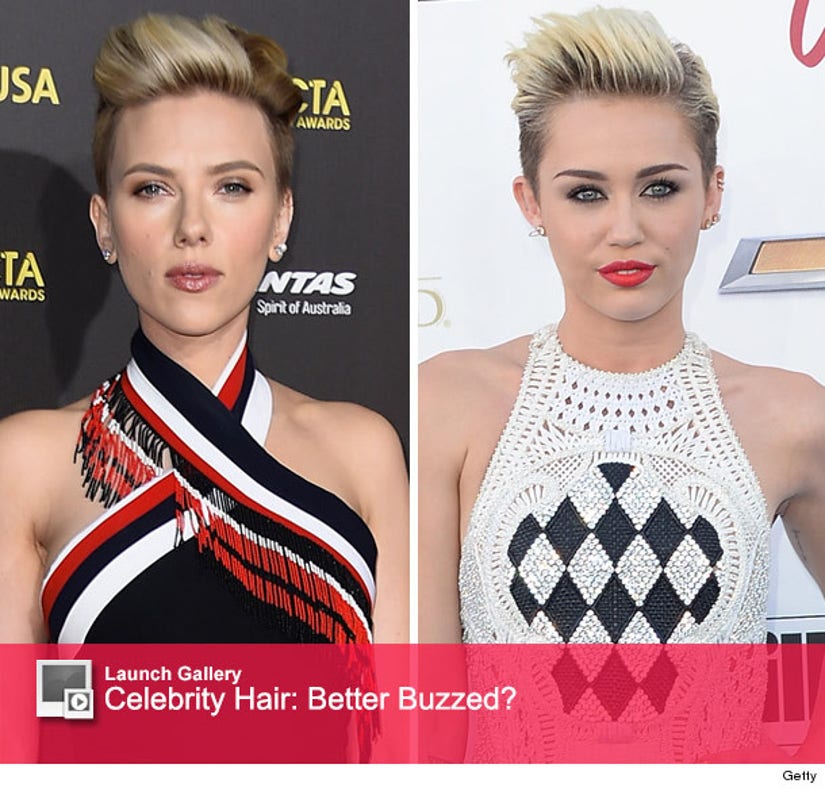 The actress spoke about being in a plane during their "Avengers" press tour with Hemsworth and costars Mark Ruffalo and Chris Evans.

"Chris decided to take a little cat nap," she remembered. "He collapsed into a giant perfect heap, his lion's mane gracefully falling around his prominent chiseled features. 'My, God,' proclaimed Ruffalo, 'what a specimen.'"

The blonde bombshell said she "just stared hoping that some of his stardust would drift my way."

"He's all at once sensitive and ferocious, otherworldly and grounded, is shockingly handsome and is surprisingly approachable," she added. "He is every man and like no man you've met before. He is versatile despite his physicality, which makes him a grade A movie star."