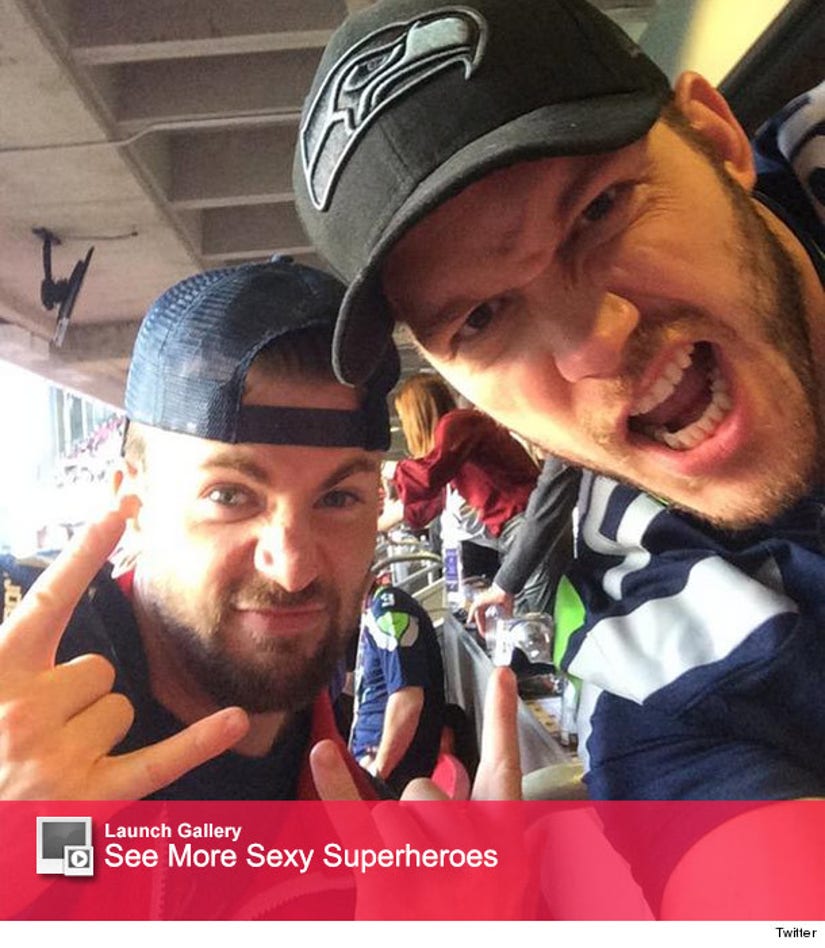 The biggest battle in sports finally has a winner!

No, we're not talking about The New England Patriots vs. The Seattle Seahawks during Super Bowl XLIX ... we're talking about the epic bet between actors Chris Pratt and Chris Evans.

Before the big game, the "Guardians of the Galaxy" star and the "Captain America" actor waged a Twitter bet. Seahawks' fan Pratt and Patriots' supporter agreed to dress us as their fictional super hero character for charity if their team lost.

The duo spent the weeks leading up to the game taunting each other online, culminating with the big game Sunday night. The Patriots ended up beating the Seahawks ... but in this bet, everyone wins!

Pratt graciously accepted his defeat, while Evans agreed to join him dressed as Captain American at both Christopher's Haven Hospital in Boston, Massachusetts and Seattle Children's Hospital in Washington.

Thank you to @prattprattpratt for being a good sport. I'll be there with you at @chris_haven, and don't worry @seattlechildren, we'll be

coming there too! And lastly, I don't think anyone can ever doubt the mental toughness of Tom Brady. Tough couple weeks, but he showed why

We can't wait to see them both dress up for charity!

What do you think of their bet? Tell toofab in the comments section below then click "Launch Gallery" to see more sexy male super heroes.