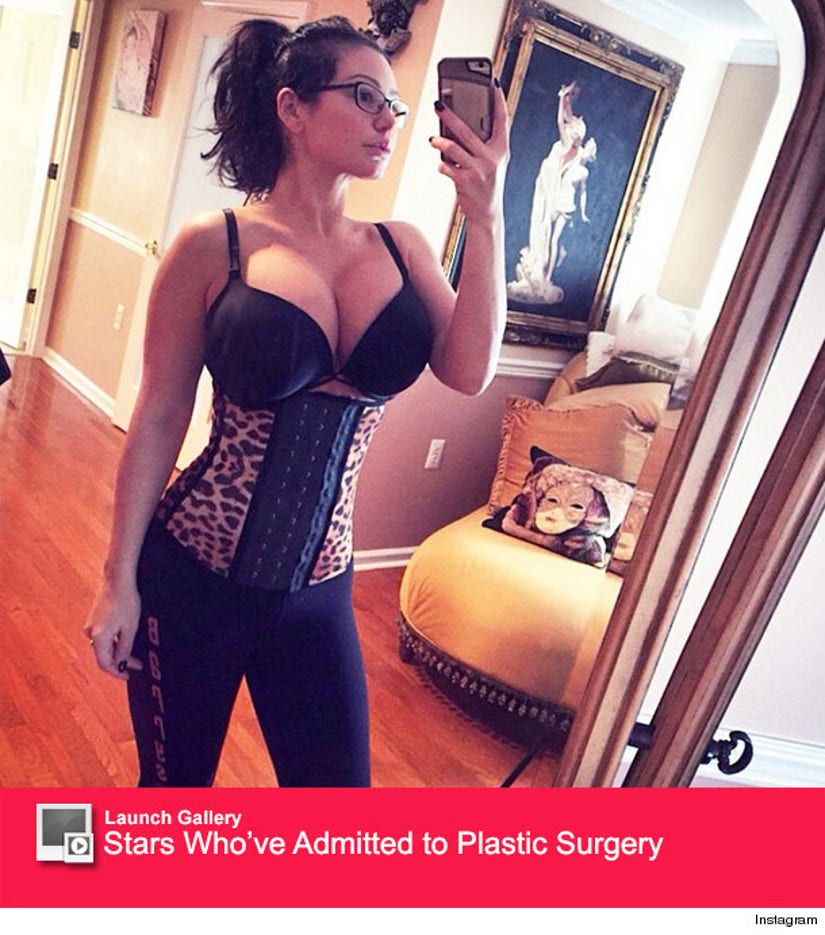 Jenni "JWoww" Farley wants us all to take a look at her latest purchase: Her new boobs!

The former "Jersey Shore" star is the latest to show off her slim physique in a waist cincher -- following in the footsteps of Kourtney Kardashian, Kim Kardashian, Khloe Kardashian and her own BFF Snooki.

"Can't wait to show you guys my CURVES in 30 days," Farley teases along with the revealing photo above.

The risque photo comes after the reality TV star revealed she got another boob job just weeks ago, after giving birth to her daughter Meilani. She opted against going bigger though, and just got new implants that were the same size as her original ones. 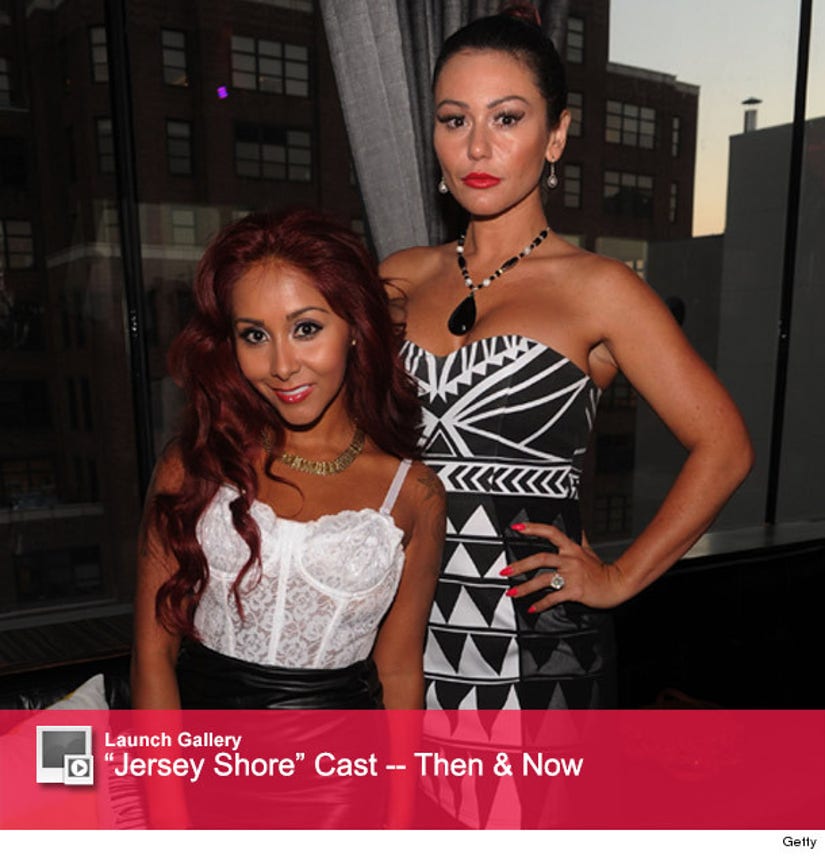 toofab's Rachel Hoffman spoke with Jenni and MTV costar Snooki last week, where she said she'd support Meilani if she decided to go under the knife when she gets older.

"Yeah, the older you get, the more you need done," Jwoww added about her own body. "I'm not trying to get old and wrinkled. I'm turning 30, I'm not turning 40. 40 is a whole other level. Talk to me then, I'll be injecting Botox myself."

"I would like to get my boobs done, but I want to have all of my kids first," added Snooki. "As of now, I'll just keep dying my hair."

What do you think of Jenni's new pair? Sound off below.