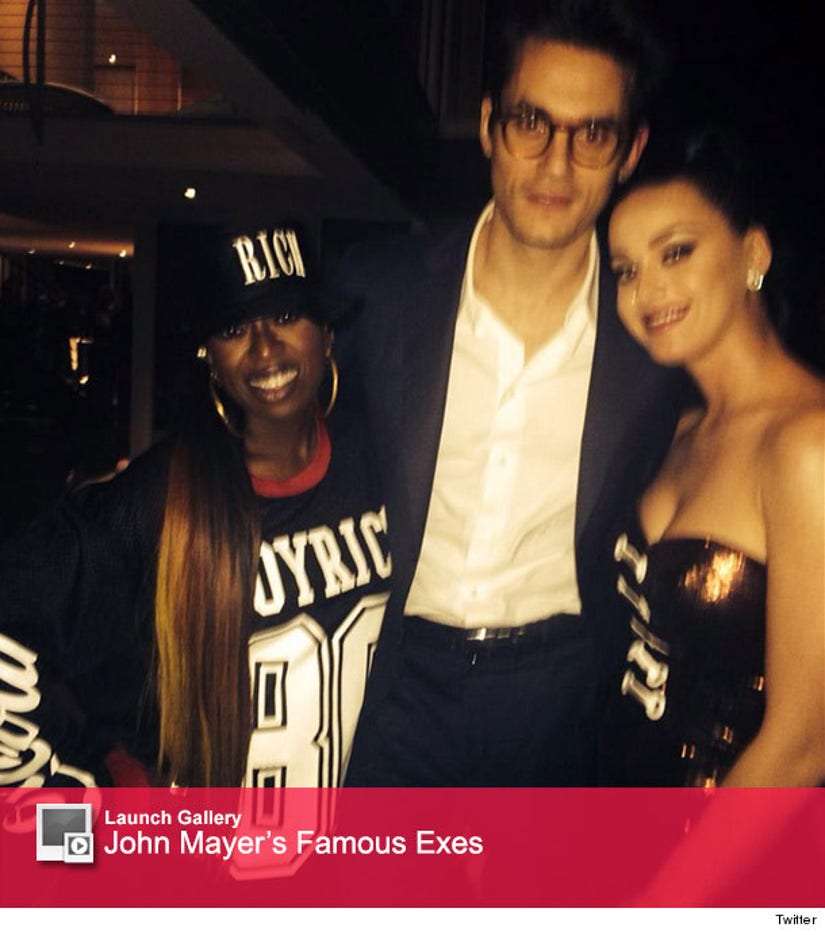 John Mayer posed for a photo with his sometimes-girlfriend Katy Perry and her halftime guest, Missy Elliott, at a Super Bowl after-party.

Elliott shared the candid snap via Twitter on Sunday. "After party Super Bowl with @johnmayor @katyperry," the "Work It" singer posted with the pic.

In the photo, John is seen wrapping his arms around the rapper and Perry ... and Katy's even nuzzled up on his shoulder.

According to Us, John was waiting backstage to congratulate Katy after her Super Bowl halftime performance. There have also been reports that the former flames have "reconnected" over the past few months, since splitting this time last year.

While the 30-year-old singer and the 37-year-old rocker have had their ups and downs, it does look like they're in a great place today!

Do you think Perry and Mayer are back together? Tell toofab in the comment section below and click "Launch Gallery" above to see more of "Who You Love" singer's famous ex-girlfriends!