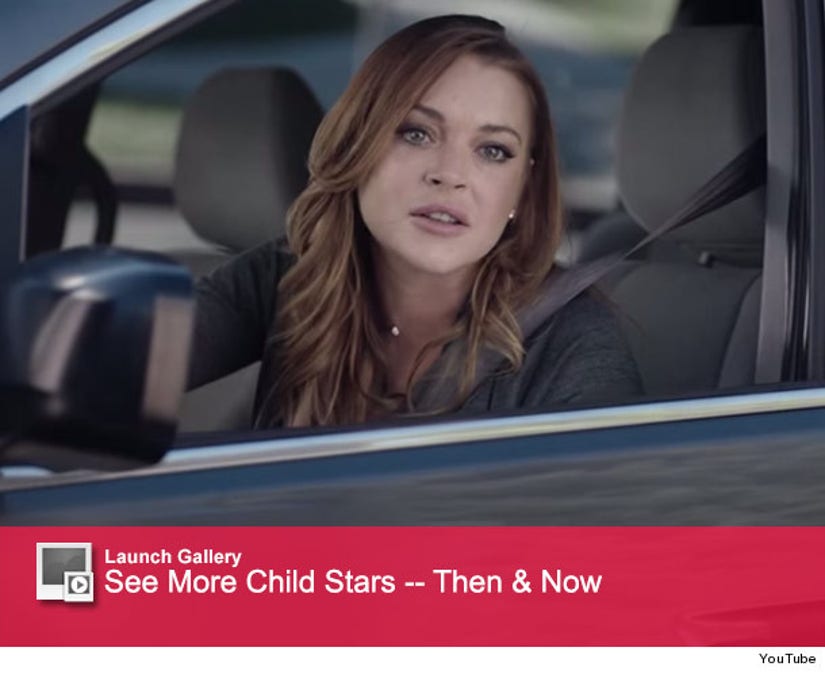 You don't want to get in the car with Lindsay Lohan!

The "Mean Girls" alum mocked herself and her terrible driving history in an Esurance commercial that aired during the Super Bowl on Sunday.

The 28-year-old actress, who was arrested for DUI in May 2007 and another that July (one of which followed a car chase), is seen speeding past a parked yellow school bus and plowing through a "School Zone" sign.

"Your mom's a terrible driver," a kid tells his friend. "Get in!" she yells at the kids, who respond, "That's not my mom."

"I'm sorta your mom. We're both 25 to 35 years old. We're both women on the go and we've both clocked a lot of miles. Believe me," Lohan says, before adding, "Whatever, I'm out of here," and speeding off.

Check out the hilarious clip above!

What did you think of Lindsay's ad? What was your favorite Super Bowl commercial? Sound off below.